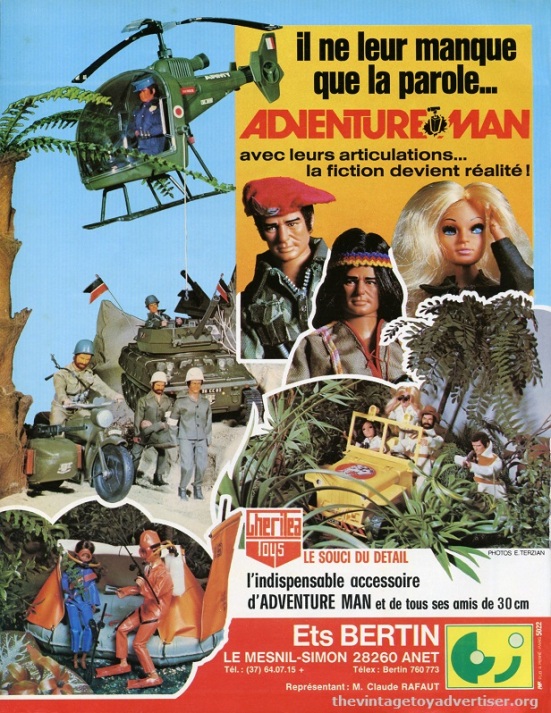 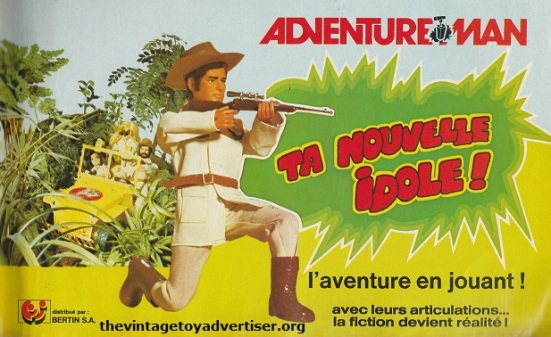 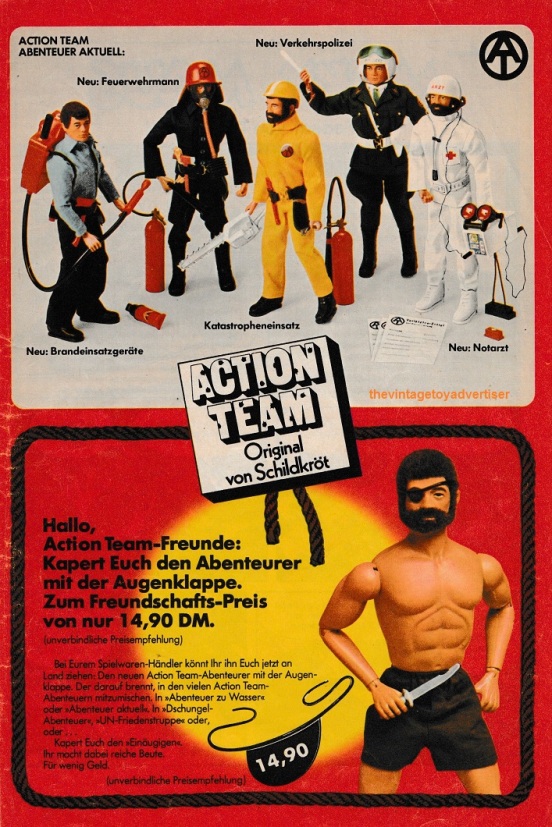 Hasbro’s 8.5 inch Super Joe line as rebranded by the Palitoy company. Thanks to Stan Fernando for the information. 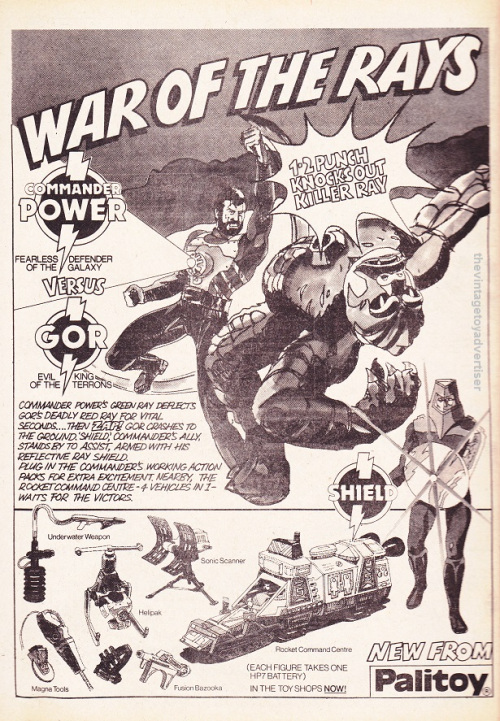 Information on this Danish advert is welcome. 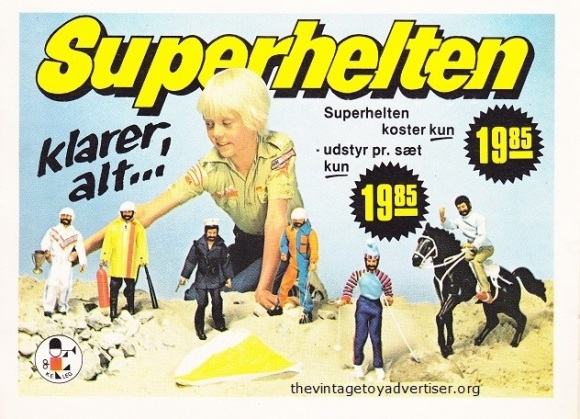 Thanks to Raymond Strain for the following information and catalogue scans.

The two French catalogue pages below feature figures with moulds from Fairland Toy stamped into their backs (the figures in the jeeps, helicopter and the white dress suit). These were also sold as Johnny Strong / Bruce Action.

The remaining figures (bottom six and parachute figure) look like Zapf’s Action Star Hardy bodies but with different heads and with arm and leg parts made of cheaper plastic. These moulds came with no factory markings on their backs. 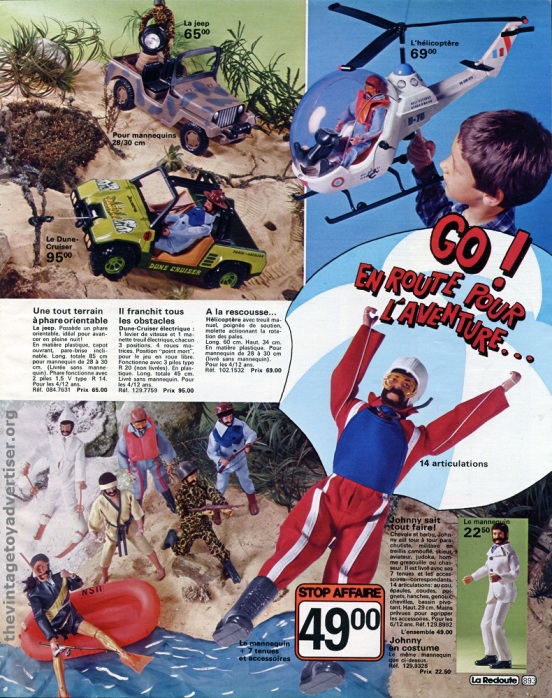 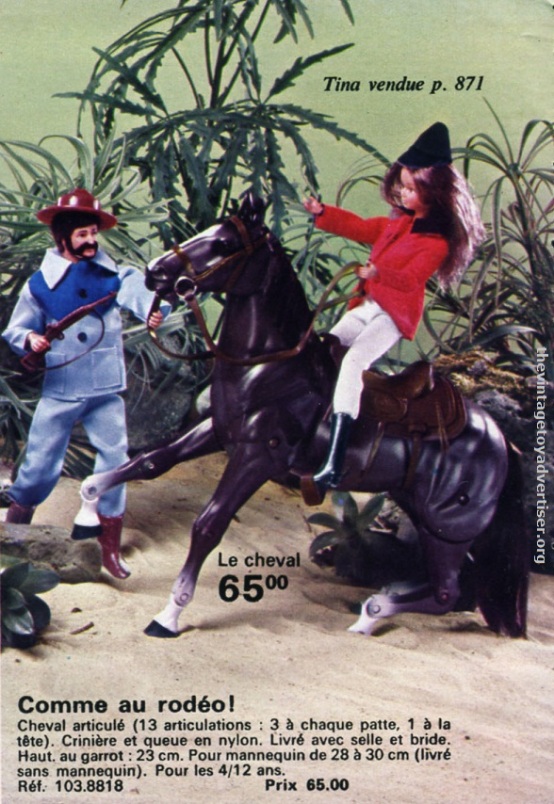