Strawberry Shortcake is a character line created by the American Greetings company. The line was originally made for greetings cards, later developing into other products such as dolls, toys, video games, books, a TV series and TV specials, and a film.

The following two adverts are from Brazil where Charlotte is known as Moranguinho. 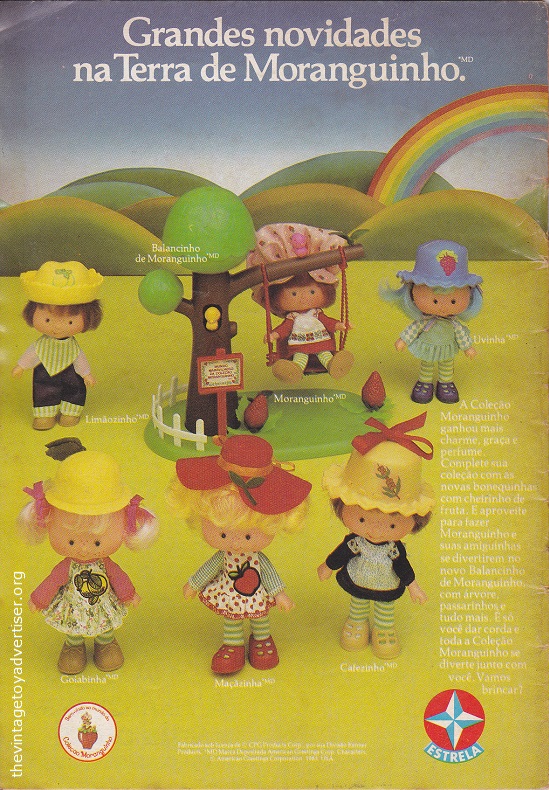 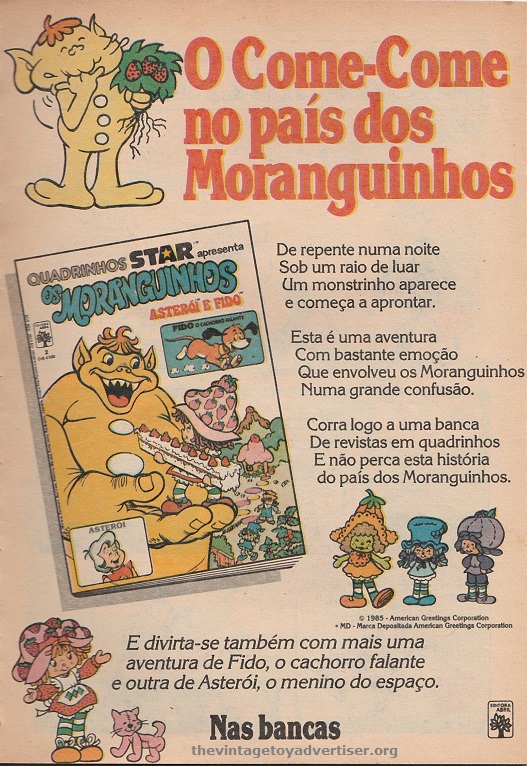 In France Charlotte is known as Charlotte Aux Fraises.