In 1970 Helmut Darda of Germany invented a tiny interchangeable toy car motor and named it the ‘Darda Motor’. The motor could be inserted into a number of different vehicle types and was ‘wound up’ by rolling it back and forth by hand then releasing it. No batteries were required or electricity to power it. Vehicles could run on almost any surface but were given their own special track system called ‘Darda Tracks’ which were sold individually or in sets. Darda designed the system so that elaborate circuits could be created both horizontally and vertically in seemingly endless configurations limited only by your own imagination and how much track you could afford.

Among the typical vehicles you might expect to see such as road, rally and emergency, Darda produced some fun and unique models like dragsters, beach buggies, a mouse(!), a skateboarder, a rocket, and even a replica of Michael Knight’s KITT from the US television series Knight Rider. 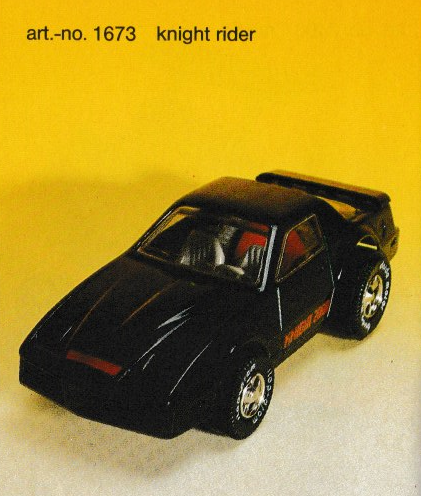 The 1986 German catalogue from which these scans are taken show the classic ‘Darda-Motor’ system (red) as well as the updated ‘Darda-Stop-Motor’ (blue) – a new development at the time which allowed vehicles to be wound up but not activated to go until another vehicle had ‘tapped’ them from the rear. This added a new element to racing as cars could now ‘tag’ each other at different points of a race. 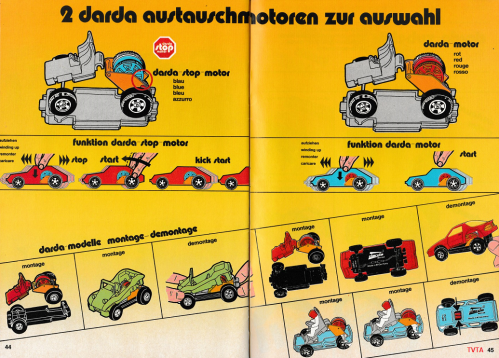 Darda is still made and sold to date, and one of the great things about it is that all current vehicles, motors and tracks can be fully integrated with their vintage counterparts. Add to this that no batteries or electricity is ever required, and that there is a seemingly endless combination of track layouts to be made, and Darda takes quite some beating. 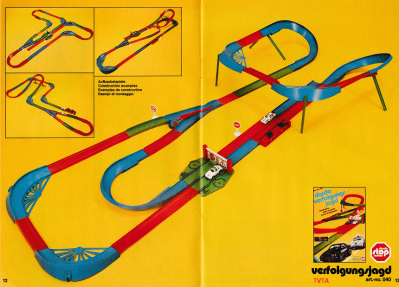 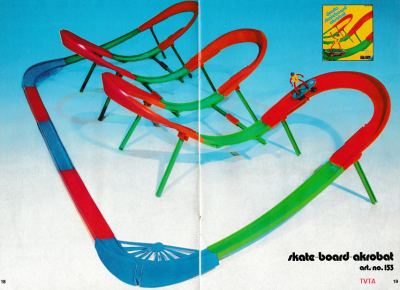 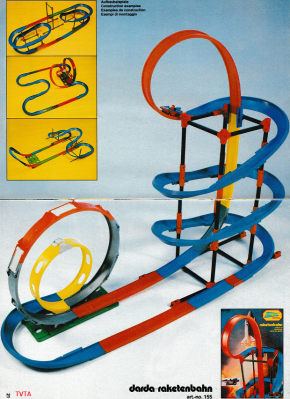 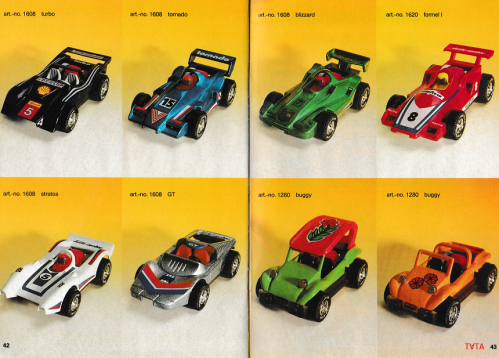 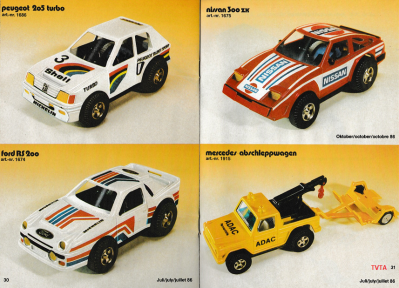 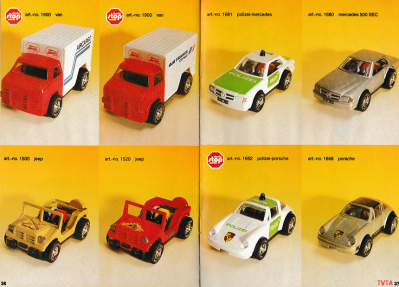 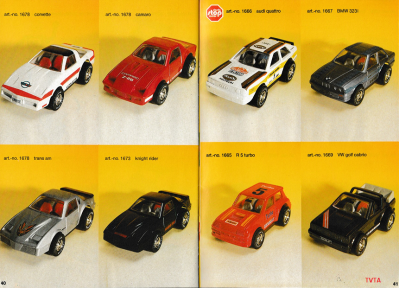 In other Darda news…