The Ghost Busters was a 1975 live-action series about a trio of inept detectives investigating ghostly occurrences. The series, by Filmation, ran for fifteen episodes and featured the characters Kong, Spencer and Tracy the gorilla.

In 1986, following the success of the unrelated Columbia Pictures’ 1984 Ghostbusters film (for which Columbia paid Filmation a fee for the license to use the name) Filmation developed The Ghost Busters into an animated show called Ghostbusters – later changing it to Filmation’s Ghostbusters for their video releases. 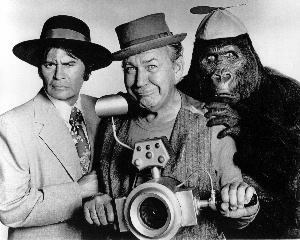 The Filmation Ghostbusters animated series ran for 65 episodes and starred the characters Jake Kong Jr. and Eddie Spencer Jr. as the sons of the original TV series characters Kong and Spencer, along with Tracy the gorilla (who worked with their fathers) and their speaking team car the Ghost Buggy. Aiding the ghoul-getting protagonists was time-travelling ghostbuster the sorceress Futura, reporter Jessica Wray and the gypsy Madame Why. The catchphrase for the show was “Let’s go, Ghostbusters!” 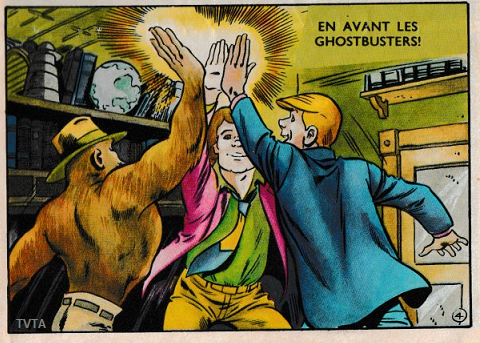 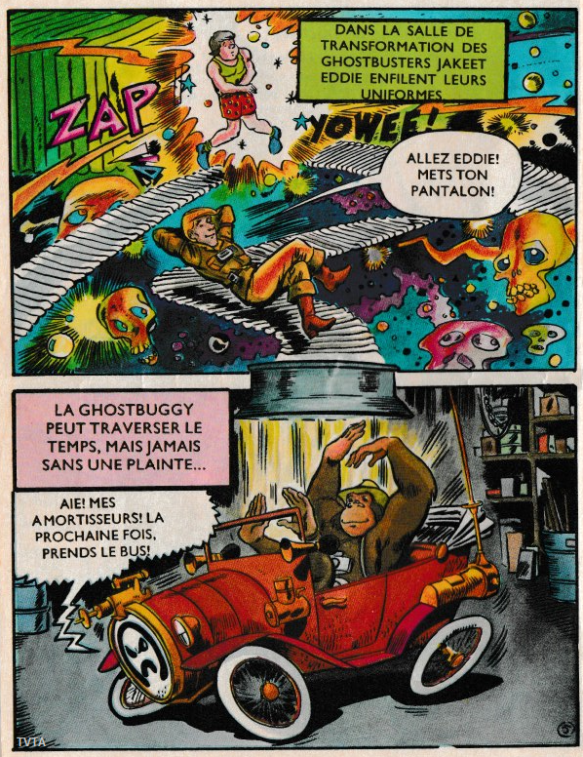 Image from 1986 mini comic showing in the top panel Eddie Spencer Jr. and Jake Kong Jr. in their transformation room. The bottom panel shows Tracy inside the cockpit of the Ghost Buggy car which could talk, fly and travel through time!

Image from 1986 mini comic showing from top to bottom: Futura battling the villain Mysteria; Jake hurling the head of villain Scared Stiff; Eddie with Tracy standing next to the villain Fangster; the villain Haunter throwing his hat, and on piano the lead villain Prime Evil. 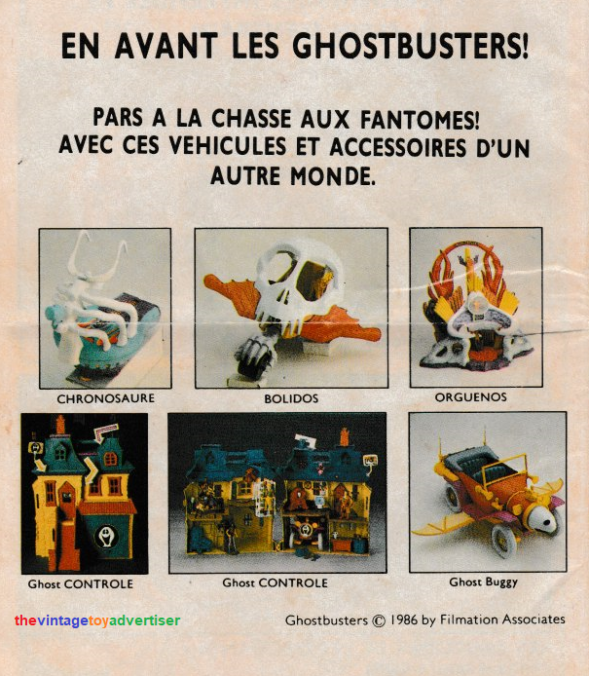 In the final panel from the 1986 mini comic the Ghostbusters are reunited with their dads from The Ghost Busters!

So, who you gonna call? Seems we’re a bit spoiled for choice now. Let’s go, Ghostbusters!