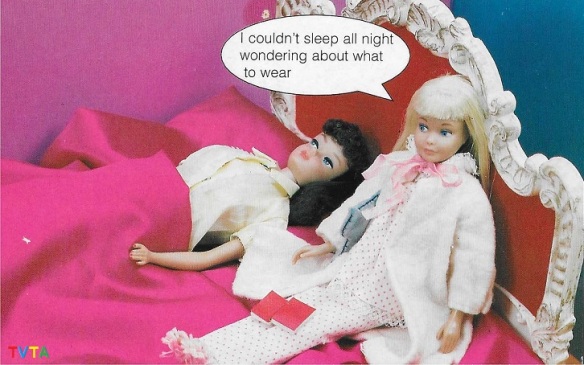 END_OF_DOCUMENT_TOKEN_TO_BE_REPLACED

Random. We love random here at TVTA, and some of these postcards I’ve had since the late 80s, while others are recent additions. Featuring films, tourist destinations, public events, rude anagrams, Kate Bush and, yay, Cartman – “You will respect my authority!!” There’s a little something for everyone here…

Where possible I’ve included the publishers of the postcards, relevant dates, photographers and artists. 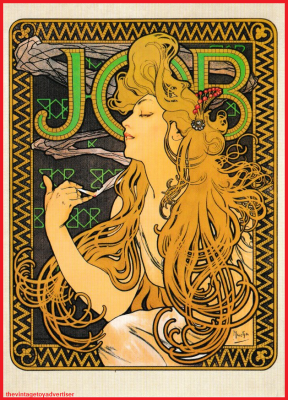 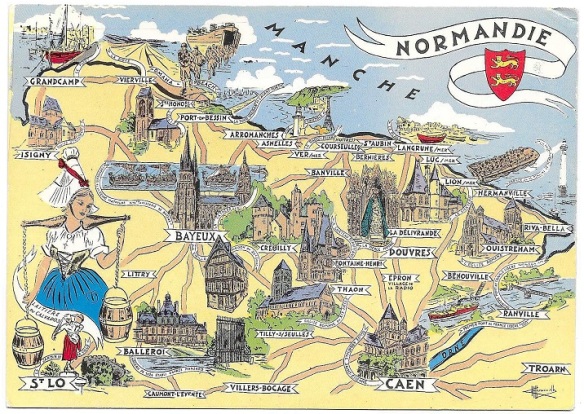 You shall not pass!

Some Birmingham facts and trivia alert!

The postcard below depicts Sare Hole Mill in Moseley, Birmingham, UK. Titled: ‘View from the pool’, the image was taken in 1921.

This location in Moseley is one of ‘The Shire’ inspirations Tolkien drew from when he lived in Birmingham and later wrote The Hobbit and The Lord of the Rings trilogy. In the noughties I used to live just up the road from this mill and was lucky to take a tour inside when it was operational. When taking my frequent walks through the surrounding natural park, bogs and woods, it really felt like I’d been transported to Middle England and ‘The Shire’. It’s easy to see how Tolkien fell in love with this place and became inspired.

Just for fun #1: Opposite the mill was a café called ‘The Hungry Hobbit’. Just for fun #2: It never escaped the attention of residents of Birmingham that the name ‘Sare Hole’ is an anagram of a certain body part. Just for fun #3: A couple of districts away lies a road called ‘Dog Pool Lane’, where visitors often had fun whitening-out the letter ‘L’ of ‘Pool’. A couple of other districts away is ‘Cockshut Hill’ – I won’t say how a certain letter was changed on that signpost. Safe to say though that upwards of Birmingham, in North Warwickshire where I lived for a spell, was a place called ‘Harts Hill’, where some cheeky little beggar changed the first letter ‘H’ to an ‘F’. Farts Hill. Don’t you just love British toilet humour?

But seriously, Birmingham… below is a postcard I picked up from the Weoley Castle Museum (where I lived nearby for two spells), depicting an archer on a decorated floor tile circa 1350. 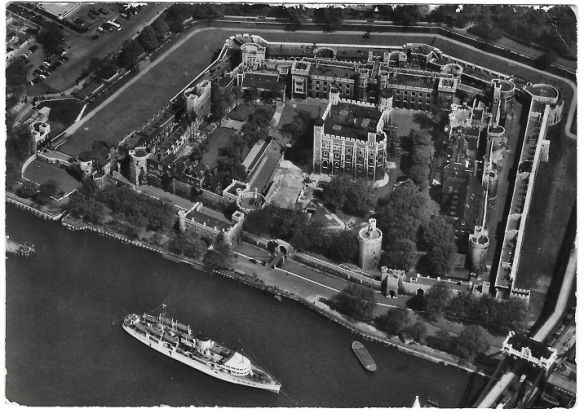 Tower of London. Published by The Ministry of Works. Date unknown. 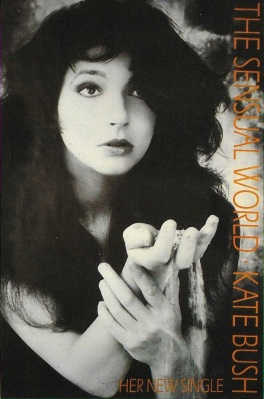 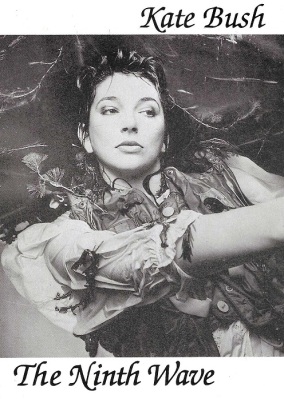 Salvador Dali. Dream caused by the flight of a bee… 1944. Diva. England.

“You will respect my authority!!”

Thanks for looking 😀 We’ll let you know as soon we get our hands on another bunch of random postcards!

It’s a new entry for the TVTA category archives as we present a selection of postcards from the 2002 collectable set for Emily the Strange.

Emily the Strange is a comic book character created by Rob Reger and features the delightfully dark and cynical young protaganist Emily, along with her four cats Sabbath, Miles, Nee Chee and Mystery.

As well as comic books, Emily the Strange appears as a clothing line, stationery, stickers, video games and fashion accessories. The featured postcards in this post were made as a set of 30, and TVTA has managed to get its inky fingers on 13 of them.

Wish You Were Here?

The reverse of the postcards are fun too, as they each have a slightly different design.

Cats That Come Back. At a poster store in Montmartre you spent your final few euros on cards depicting the lithographic advertising styles of the late 19th and early 20th century. You took photos of the outside of the poster store, and had one taken of yourself and your youngest son, a part of you indulging in some late-afternoon fantasy that you were the proprietors of said store. What fun, surrounded by art originally intended to part one from one’s cash – and a hundred years later it’s still doing the same, only selling itself this time around. What a sale, what a fine boutique did those Parisian streets make for you. For it’s easy to get lost in the culture, art and spirit of expression when it surrounds you in all its breath-taking vibrancy. There is a deep yearning. A searching back through history to find a part of yourself you may recognise. Print advertising is consumerism’s cocky high art. A brassy exhibition of wonders. A sly yet alluring gallery that invites you inside. It’s everything you love and loathe in the same moment. You pitch these paper testimonials to commercialism with all the integrity and enthusiasm of a loving archivist. But you are also an artist. Those Paris streets and galleries and windows and walls whispered to your heart. Hell, sometimes they yelled at you, told you they remembered, recalled your angels & fey (born from the snippets and slivers of glossy ads in magazines in case you didn’t know), the exhibitions, the foreign shores, the hours spent holding brushes and conjuring colours. You sold it well, they said. You made an impression. You left a mark. People were happy. Sometimes that’s the least you have to do. From: The Artist and the Four Hats 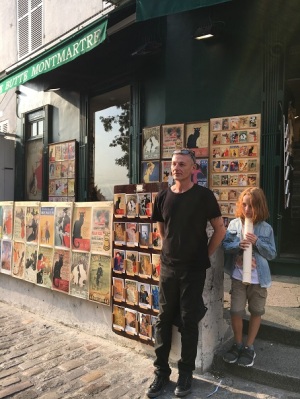 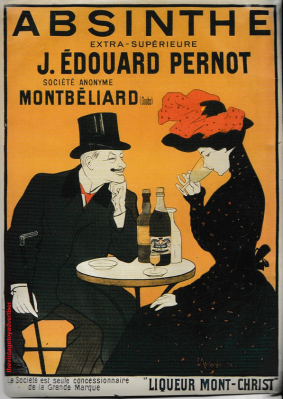 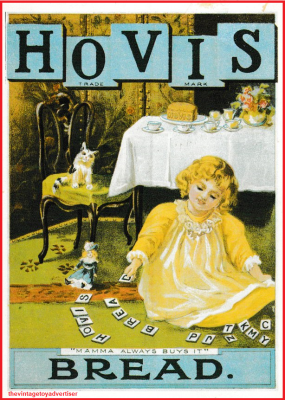 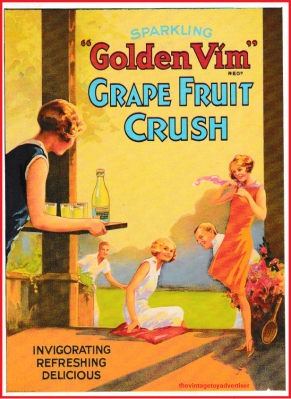 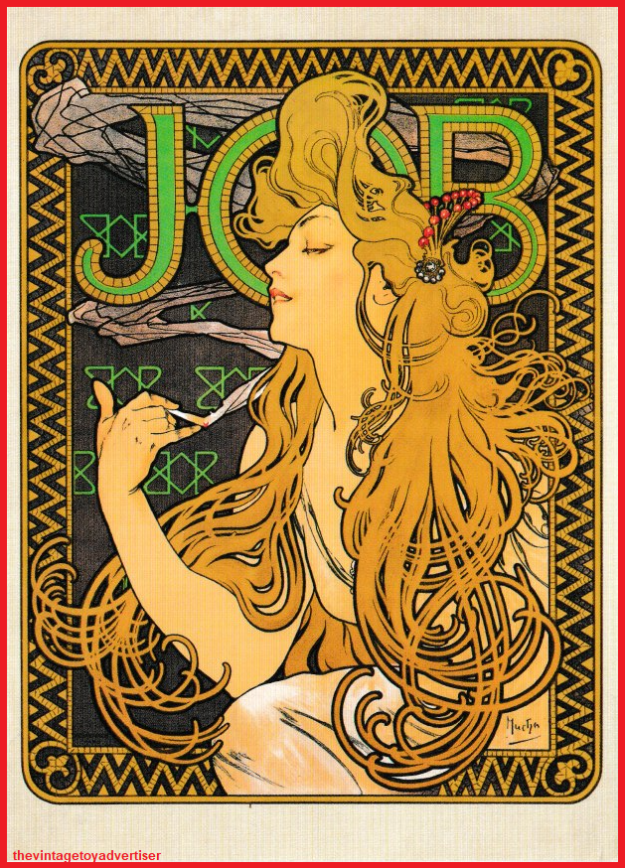 To try and score another hit

It’s a circle you see

A merry go round

You jump on and off at certain points

Always looking for those special connections 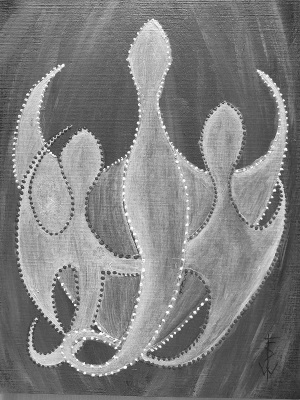 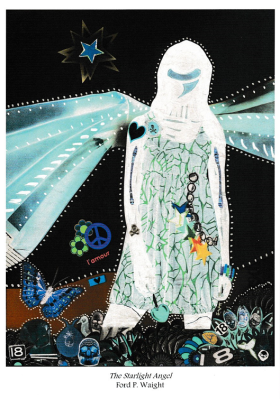 Words, Angel & Fey artwork by the editor.
Colour Angels & Fey scans taken from Palooka issue 5.
Lithograph adverts scanned from commercial postcards and tin plates are shown for illustrative purposes only. No infringement of copyright is intended.
Cat count: we spotted at least 26 images of cats in this blog post. A new TVTA record!

Round about the year 2001 I became interested in environment issues (still am, but back then it was a brand new fire smouldering within). I remember discovering an article online about Stella Marrs and being blown away by her vintage style postcards with slogans and information. Her style captured for me this perfect mix of bygone images and modern messages – often political, funny, inspirational or even just aww cute!

I remember eagerly ordering the ‘environment set’. The set contained around twenty postcards and arrived less than a week later from Washington. Straightaway I tacked about a half dozen onto my kitchen wall and gave a couple away to friends. The rest were saved in their original envelope and eventually boxed away somewhere, resurfacing for special occasions like those ‘sorting out stuff’ moments when you find yourself routing through cardboard boxes for an item you could’ve sworn was packed away, only to find an entirely different item that immediately distracts you!

Last week was one of those ‘sorting out stuff’ moments. I  came across my bundle of postcards while rifling through a box of vintage annuals. It was great seeing them again and I immediately checked the website address (printed on the back of the cards) to see if Stella was still making these. The website no longer existed but I did find a new one and was once again blown away by the images and messages. I’m looking forward now to choosing a brand new set. So I’ll shut up and let Stella’s work speak for itself with a few images taken from her current website.

Images and text below are taken from Stella’s website stellamarrs.com 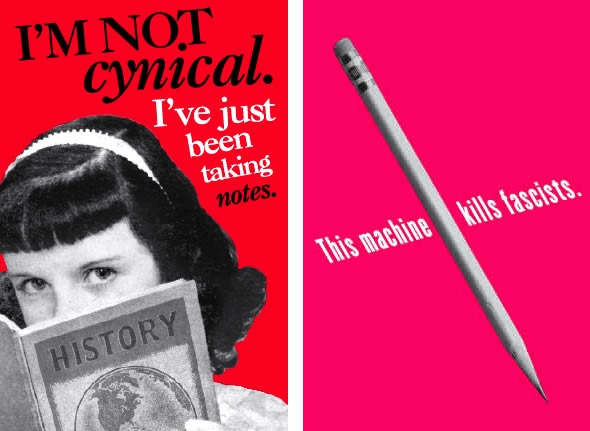 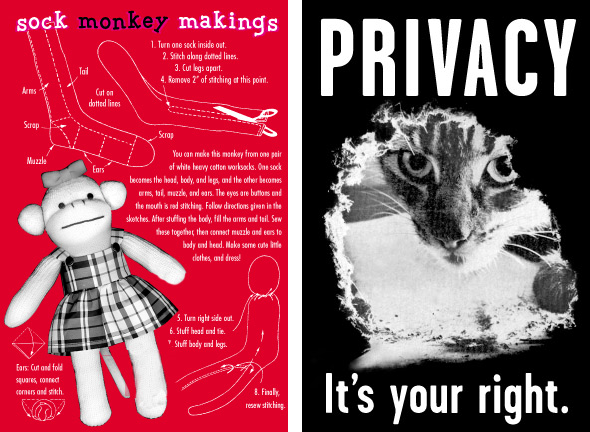 Stella Marrs is an interdisciplinary artist whose work addresses environmental issues and feminism. Her collaborative public projects seek to open new relationships and redefine public space. She has presented her work at California Institute of the Arts, University of North Carolina at Chapel Hill, MIT, University of Texas (Austin), Lesley University and The Evergreen State College. She received her MFA in Visual Studies at University at Buffalo.

For more information and how to order your own postcards go to stellamarrs.com