Kenner’s Glamour Gals. These four-and-a-quarter-inch fashion doll figures were sold by Kenner in the US between 1980 and 1982. The dolls came with numerous accessories, playsets and cool vehicles like the Fancy Firebird, and the enormous Ocean Queen cruise ship! 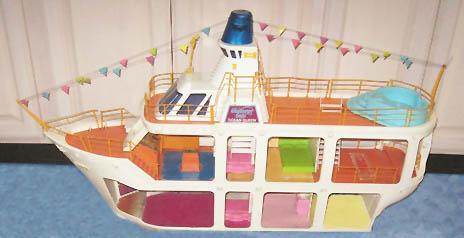 Above photo courtesy of In The 80s

Above photo courtesy of fitbudha.com 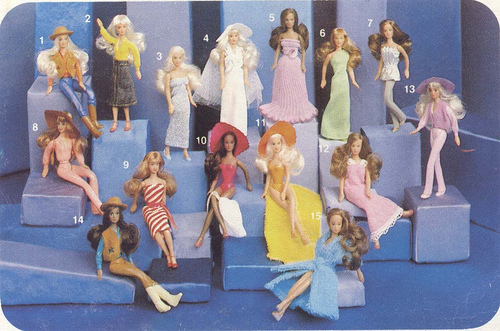 Above photo courtesy of In The 80s

In 1981 the dolls were able to parade on their very own Fashion Stand – a rehash of Kenner’s earlier action display stand for the first twelve Star Wars action figure line.

In France the line was marketed by Miro-Meccano and underwent a slight name change from Glamour Gals to Glamour Girls. Miro-Meccano often advertised the toyline in conjunction with prize offers. The following French adverts from 1983 show promotional tie-ins with Glamour Girls vinyl records and Milky Way chocolate bars. 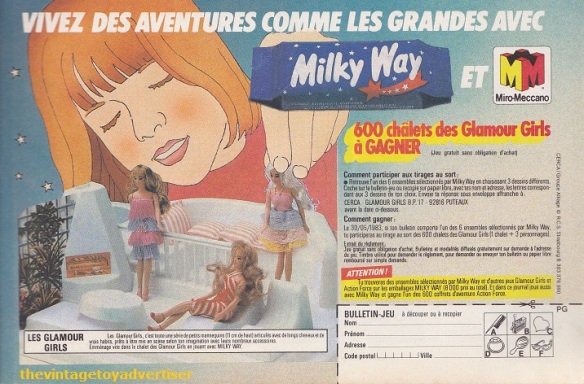 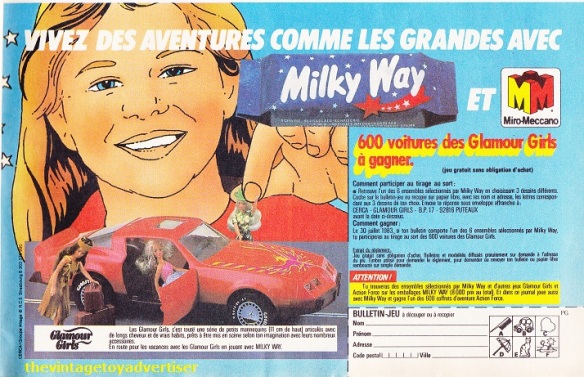 Not to be confused with …

However, if you do like the Galoob Golden Girl line then TVTA has a devoted advert section: Golden Girl

You can also check out Totally Jem for lots of great Glamour Gals catalogue photos!