AMT (originally Aluminium Model Toys) began life in 1948 making promotional model cars for car dealerships. They later became established as one of the leading makers of plastic model kits. The company continues to produce model kits to date alongside its partner (another established model maker) MPC.

The Danish advert below shows two logos: Matchbox and AMT. This was due to the 1978 buyout of AMT by British Lesney, the makers of Matchbox. 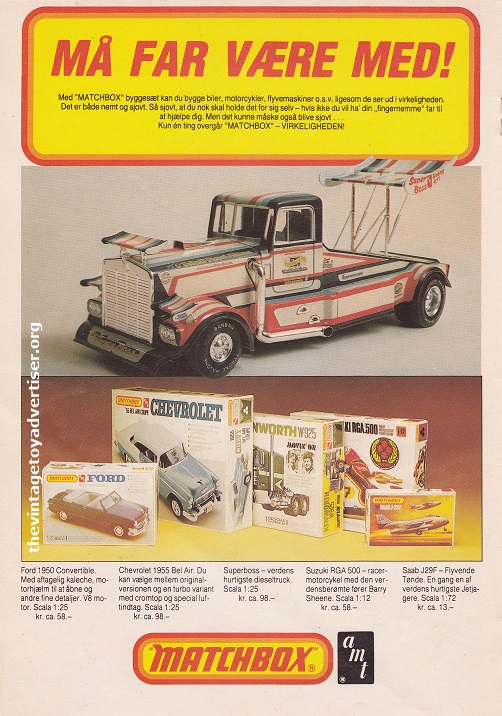 The following two adverts from the UK and US show the AMT logo married with the logo of ERTL who purchased AMT from Matchbox in 1983.