Action Force was a line of 3 3/4 inch action figures produced by the UK Palitoy company. The figures followed on from Palitoy’s success with their Action Man 12 inch line and were sold throughout Europe during the early 1980s. 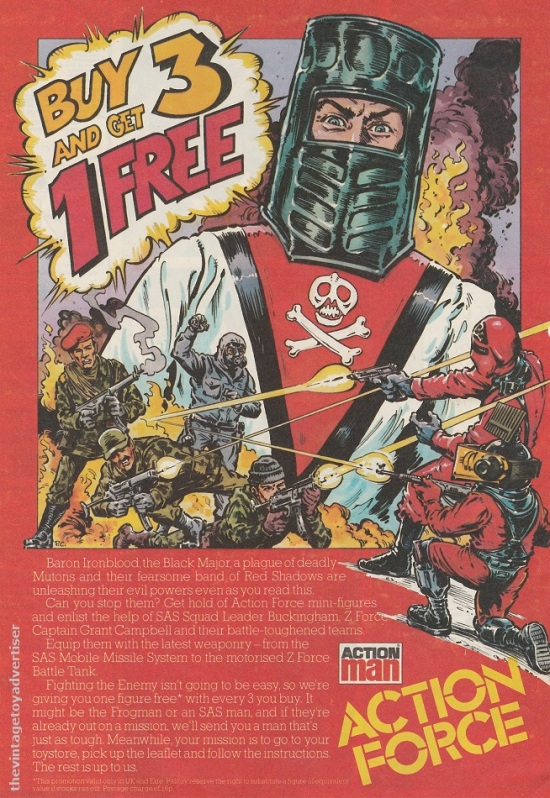 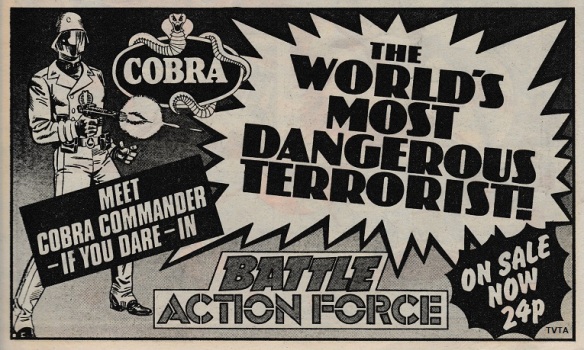 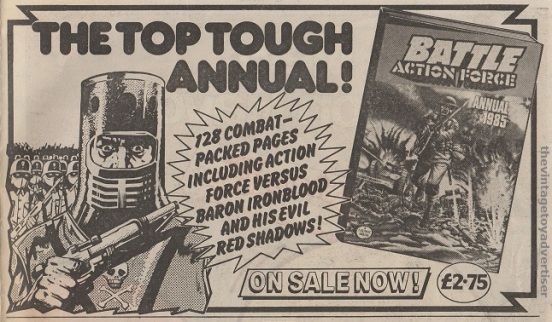 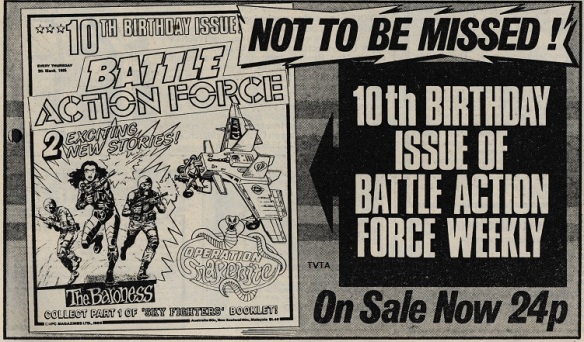 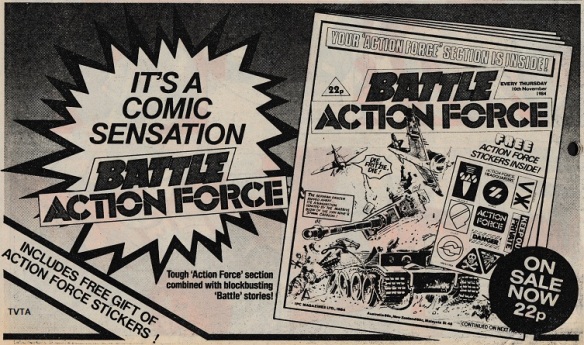 The advert below is for a 1984 Miro-Meccano competition to win a trip to a real submarine! 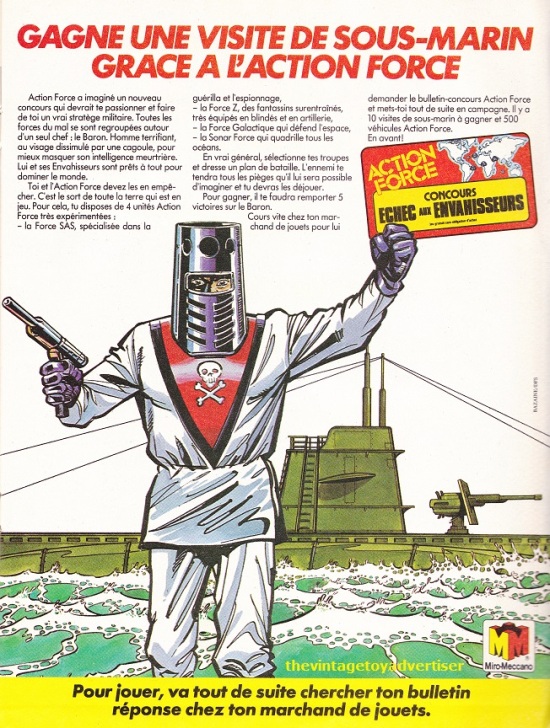 Miro-Meccano held the French license for Action Force toys. Below are three more French ads, the first a ‘breakfast scene’ in which an imaginative schoolchild thinks Action Force figures are ‘attacking’ breakfast – the miniature troops even going so far as to believe that the cup of hot chocolate is a flying saucer! Check out that barricade of sugar cubes! This is followed by two adverts with promotional offers for Milky Way chocolate.