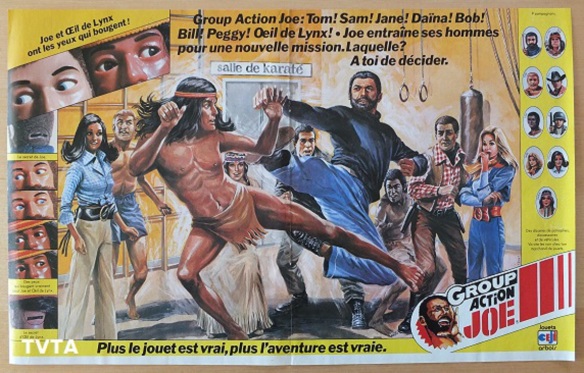 France. Pif Gadget. 1977. This superb artistic impression of an action scene featuring some of the Wild West range appeared as a double-page ad in some issues of Pif Gadget. 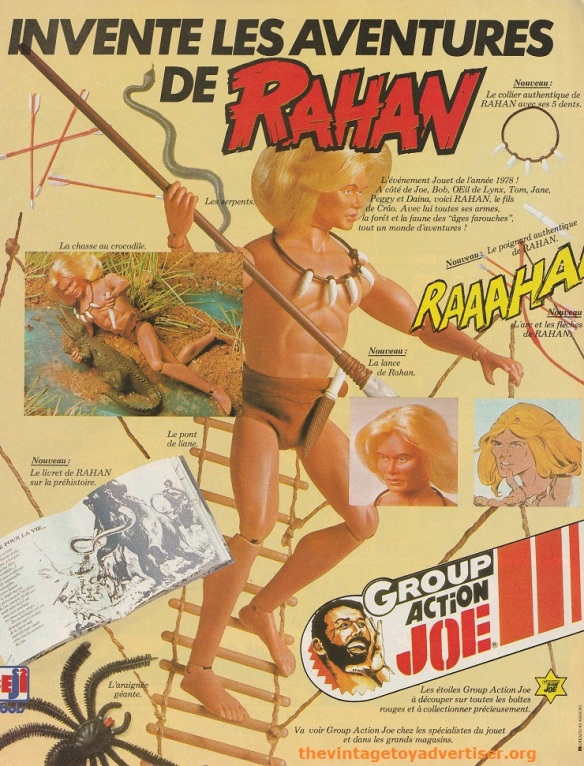 Another Action Joe 1978 ad showing Rahan. Also shown is Jane and new items and features such as ‘Eagle Eyes’. 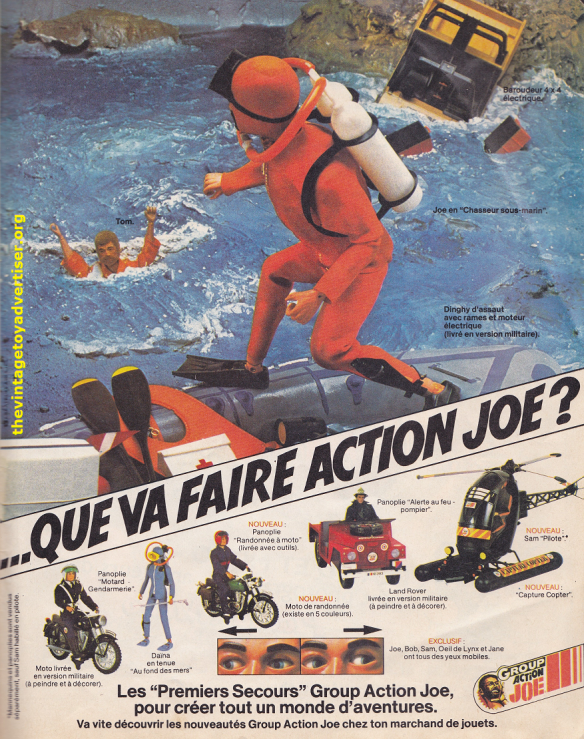 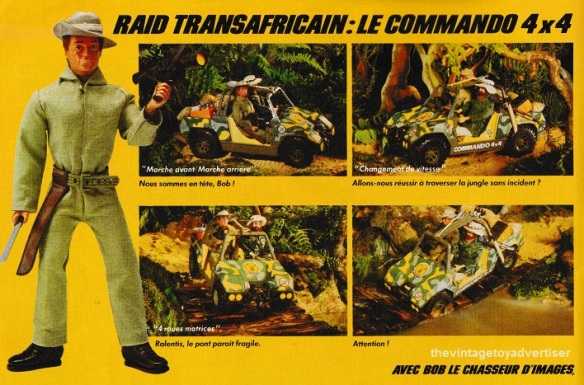 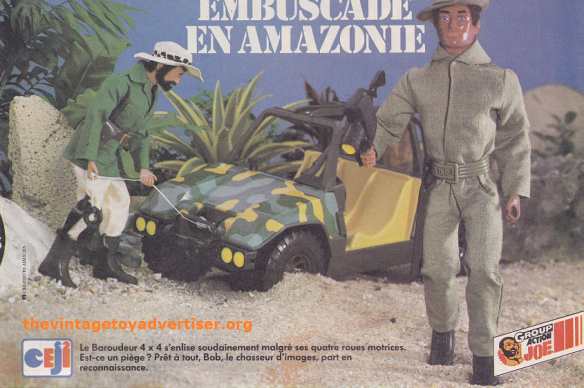 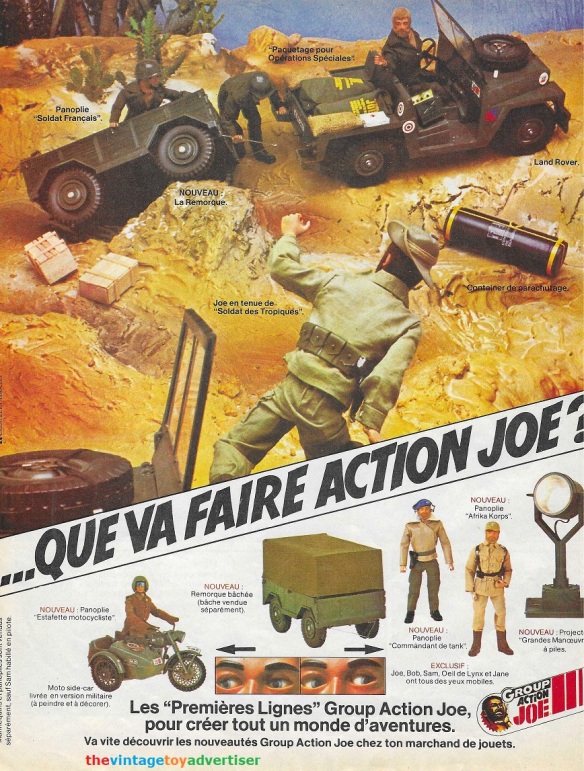