The View-Master stereoscopic viewer was originally produced by the Sawyer’s company. It was introduced at the 1939 New York World’s Fair as an alternative to the scenic postcard, with images set in cardboard reels that could be inserted into the viewer. In 1966 the GAF company (General Aniline & Film) took over responsibility and began producing reels aimed at the children’s market such as cartoons, TV shows and film. View-Master continues to be produced to date and is currently owned by Mattel. In 1999 it was inducted into the National Toy Hall of Fame. There is a nice little write-up about it here: View-Master Toy Hall of Fame

View-Master reels in their original packets. 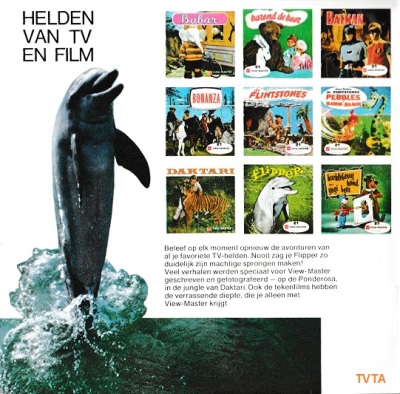 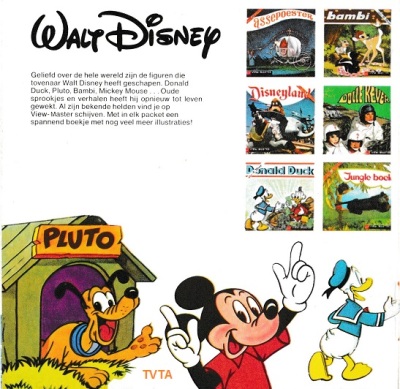 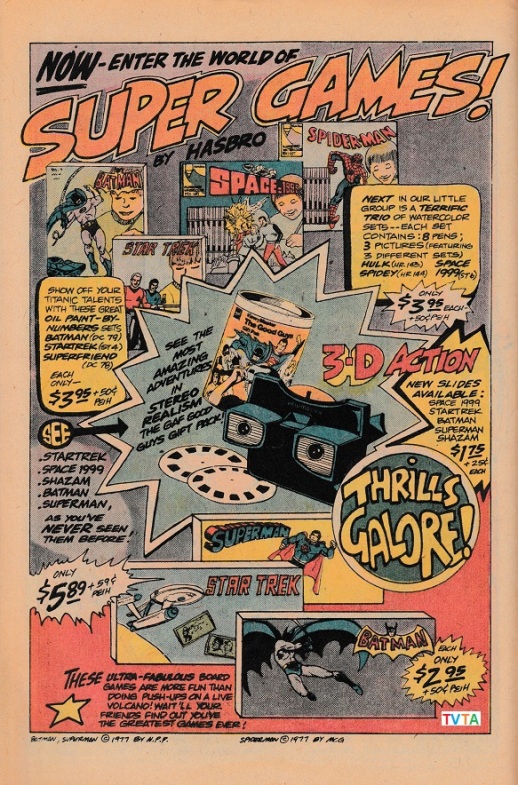 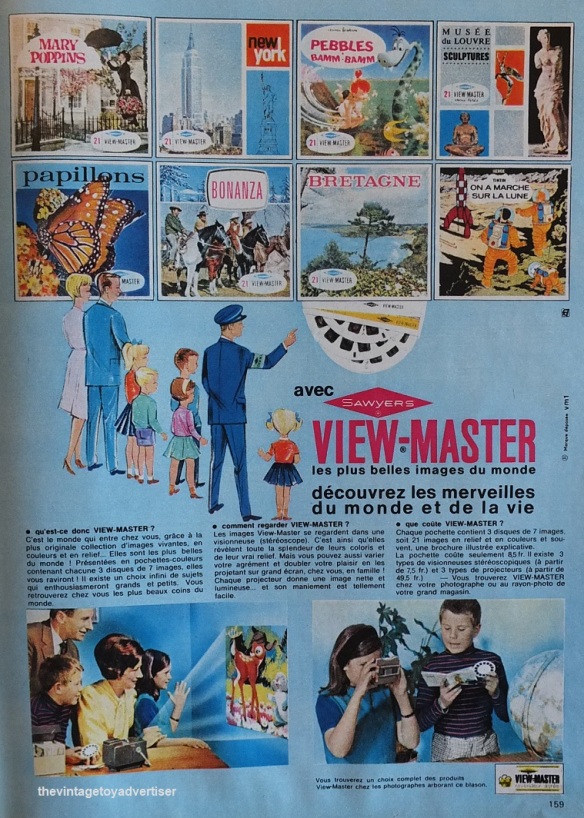 Masters of the Universe gift set, 1983 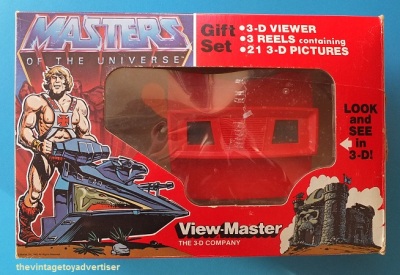 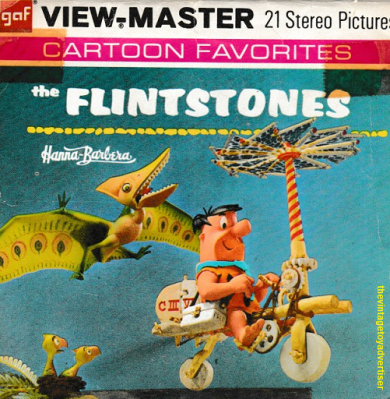 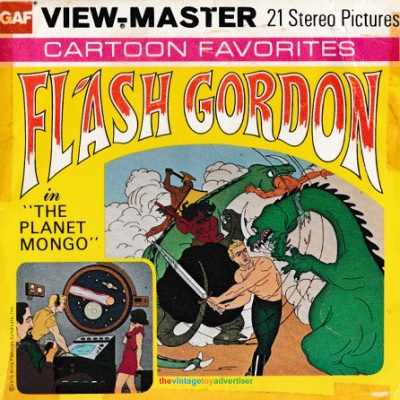 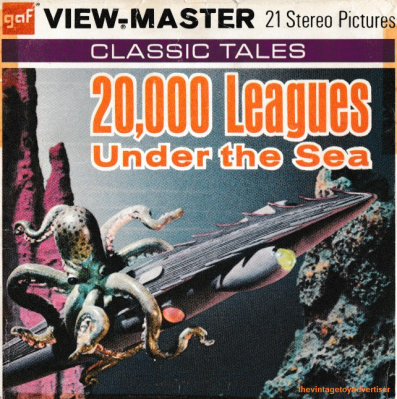 Thanks for looking through two little windows with us 🙂