“Comic books to me are fairy tales for grown-ups.”

It’s hard to imagine there is anyone who hasn’t been touched, thrilled, excited or inspired in some way by Stan Lee’s work during his long and distinguished career. In collaboration with artists like Jack Kirby, Steve Ditko, Bill Everett and Larry Leiber – Stan Lee co-created a magnificent universe of fictional characters that included Spider-Man, the Hulk, the Fantastic Four, The X-Men, Daredevil, Black Panther, Doctor Strange, Ant-Man, Iron Man, and Thor. He was editor-in-chief of Marvel Comics, later its publisher and also chairman, before becoming the public figurehead for the company following his retirement. He continued working into his 90s and made many cameo roles in Marvel films.

Beyond his influential writing and energy, Stan was a good advocate for humankind; asking us all to be a little more tolerant and kinder as human beings. The Stan Lee Foundation was founded in 2010 to focus on literacy, education, diversity and the arts.

Below is a gallery of print adverts featuring some of the co-creations of Stan Lee. Take a moment to consider the thousands upon thousands of people who have worked on these characters over the years – either in print format, animation and movies, toys, games and household goods. It all comes back to one man’s writing skills coupled with a handful of artists who shared his same vision. RIP Stan Lee, who died today aged 95. 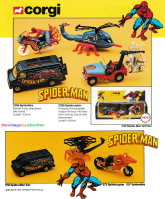 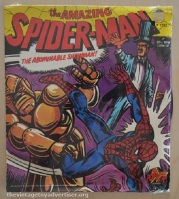 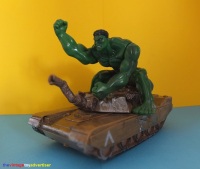