Cabbage Patch Kids was created in 1978 by Xavier Roberts as a line of dolls entitled ‘Little People’. in 1982 the name was changed to Cabbage Patch Kids, and the toy company Coleco began mass-producing the dolls. At their peak, the dolls were a must-have toy for Christmas. Stories of fights breaking out at department stores between parents battling over rare or exclusive dolls were commonly reported at the time. 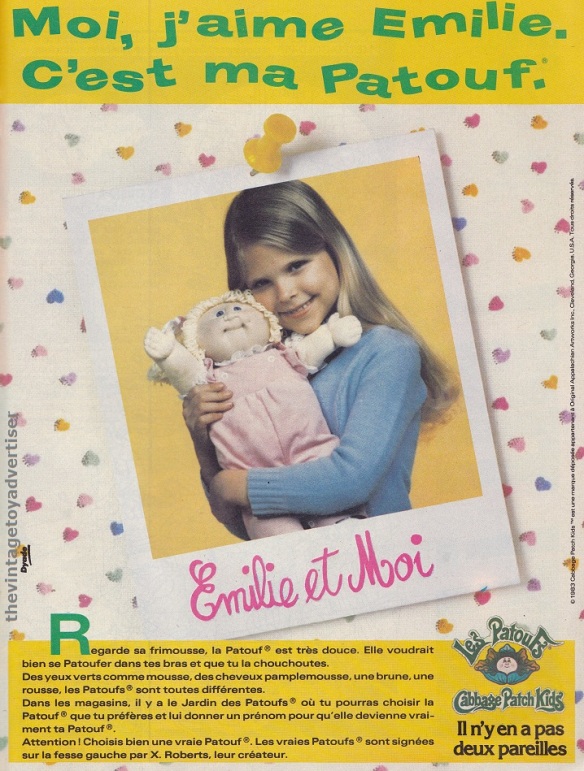 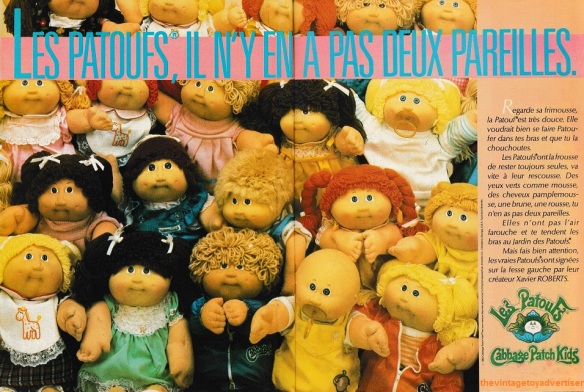