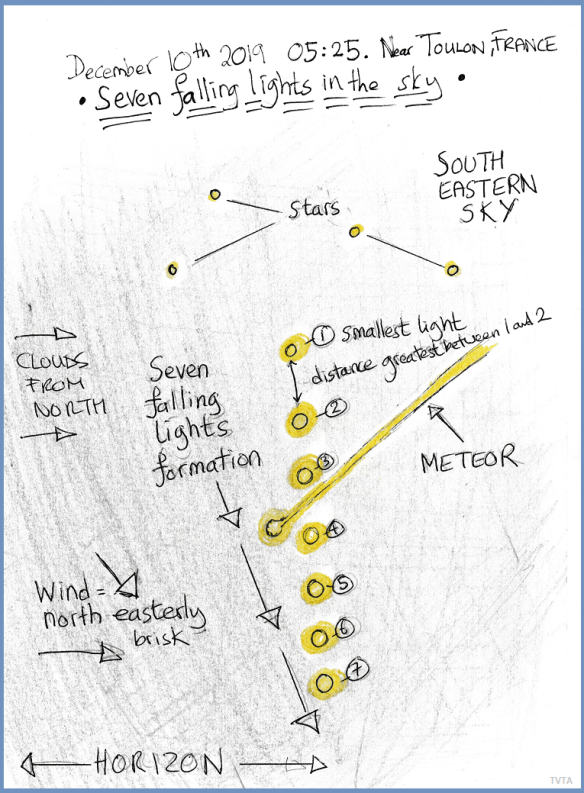 Diary, I woke up at 05:05 ready to begin a 13 hour shift at work. At 05:25, I went out onto my terrace to fetch my bicycle, where I paused briefly to look up at the sky. It was dark, cold, with patches of stars visible against heavy rain clouds moving in from the north, and with a brisk, north-easterly wind snapping at my face, I steeled myself for what I suspected would be a daunting ride ahead.

Then something caught my attention: in the lower part of the south-eastern sky, I saw seven bright stars in a perfect vertical line aiming down at the horizon. At first I believed it was Orion’s Belt – but the constellation of Orion is not visible in this part of the sky at this hour in December, and normally appears around 22.00 in the evening, plus, there are only three stars that form Orion’s Belt, and I was witnessing seven.

What could they be? All at once, the seven stars began moving, descending, and I had to quickly reassess that what I was witnessing were not stars at all… they were moving lights in the sky!