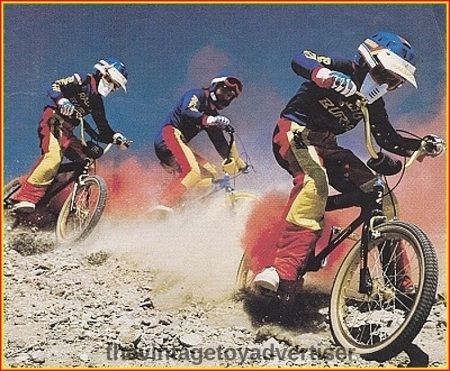 The origins of BMX (an abbreviation of Bicycle Motocross) can be traced to the early 1970s in southern California when children adapted their road bikes for the thrill of dirt track racing. Manufacturers soon took advantage of the craze and began selling specially-made bikes. By the early 1980s, BMX had become hugely popular not just in the US but in Europe and other countries.

TVTA is pleased to present a gallery of international print images featuring BMX bikes, clothing, accessories, and promotions as advertised throughout the 1970s and 1980s. 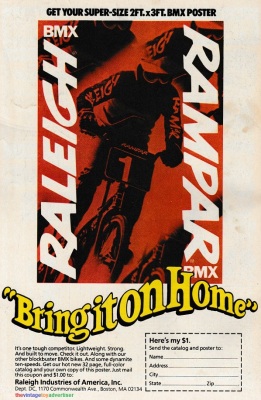 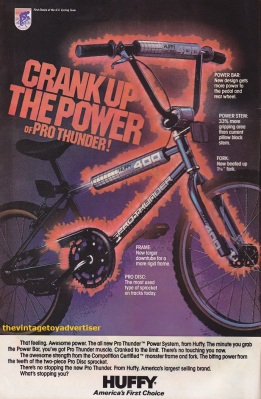