Godzilla. From the 1954 film by Ishirō Honda.

Godzilla is a gigantic prehistoric sea creature, awakened by nuclear radiation to emerge from the ocean and wreak havoc on Earth. Classified as a kaiju – a Japanese word that refers to the genre of films featuring such giant monsters, Godzilla first appeared as a cinema release in 1954 in Ishirō Honda’s film Godzilla. Since then, the King of the Monsters has appeared in a multitude of films, TV shows, video games, comics, and books. TVTA is pleased to present a selection of Japanese chirashi movie posters featuring Godzilla as seen in live action and anime films. 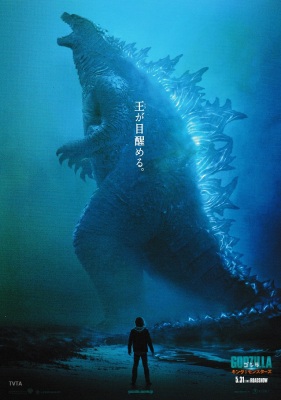 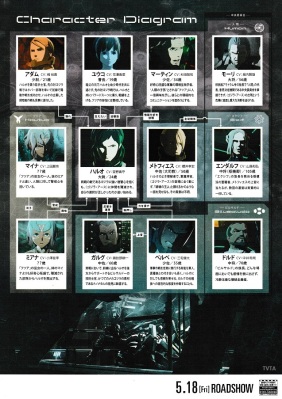 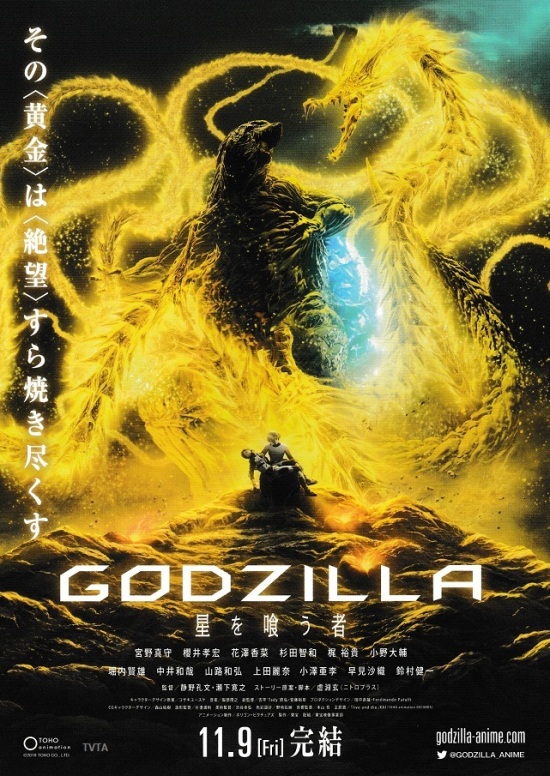 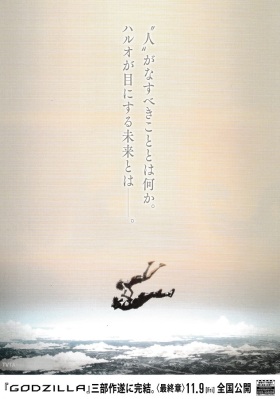 Godzilla: Planet of the Monsters, 2017 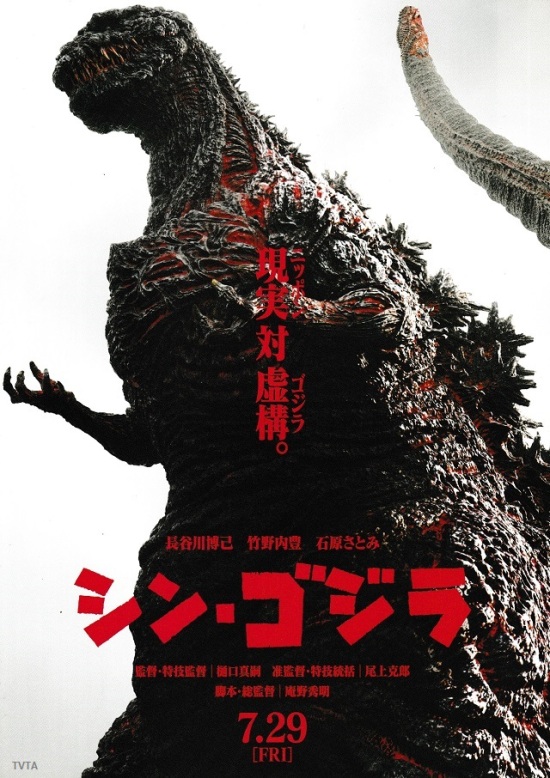