Each Squeeze ‘n’ Squeak was packed separately in poly bags for displaying on hangers in the toy shop or in special presentation boxes supplied by Playcraft. The following images are taken from the 1980 Fair-Play catalogue, France. 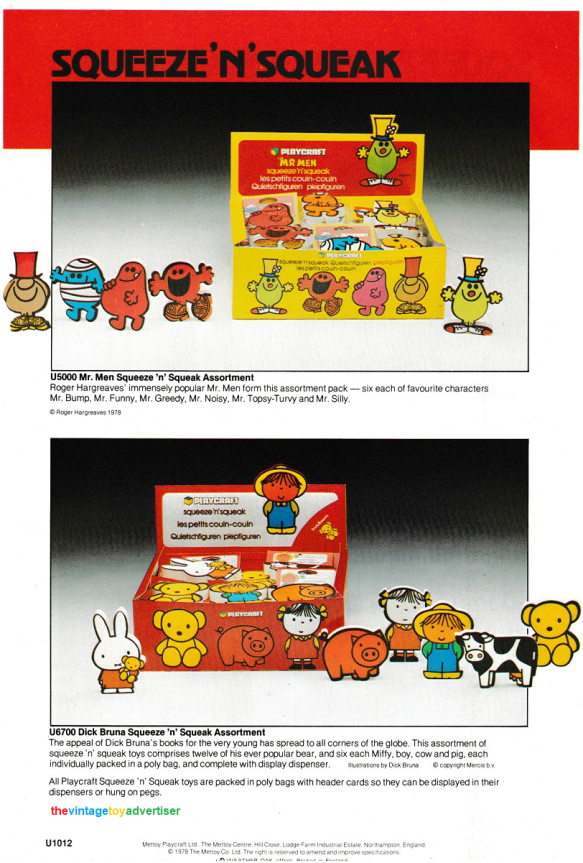 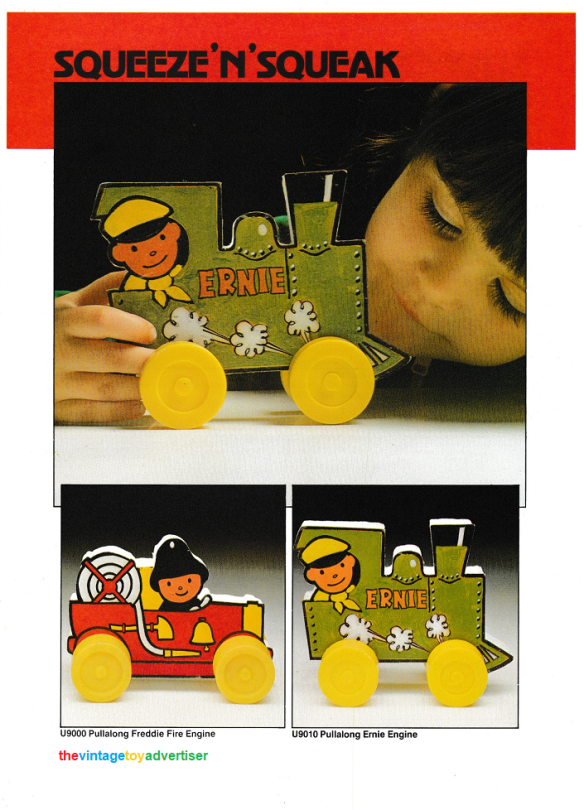 Thank you for squeaking with us  🙂