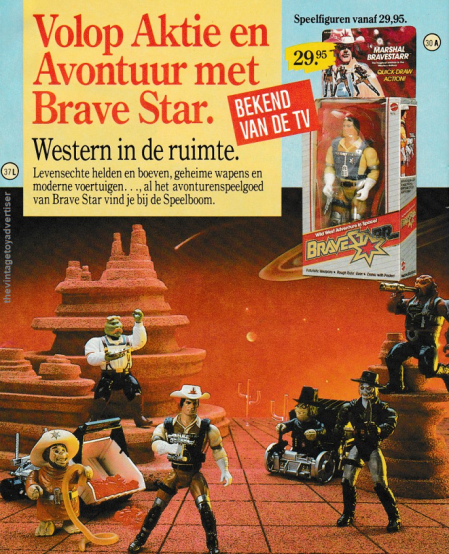 In a new entry at The Vintage Toy Advertiser, we take a look at 1986’s space-western toy line BraveStarr by Mattel. The toys accompanied the Filmation animation series of the same name which aired between 1987 and 1988. Filmation had previously been responsible for He-Man and the Masters of the Universe, She-Ra: Princess of Power, Shazam! and Filmation’s Ghostbusters. BraveStarr would prove to be the studio’s final animation series output. 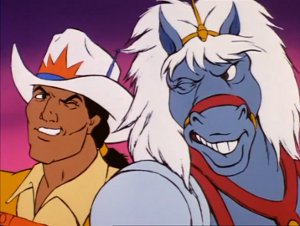 Set in the 23rd century on a planet called New Texas, BraveStarr mixes the genres of science fiction and wild west to pitch heroes against villains. The lead hero is Marshal BraveStarr – a Native American with superhuman spirit-animal powers, as well as a small arsenal of futuristic weaponry at his disposal. Lead villain is Tex Hex – who was originally a villain character in the development of Filmation’s Ghostbusters series. Tex Hex was removed from the show so that the studio could base the upcoming BraveStarr series around his character. 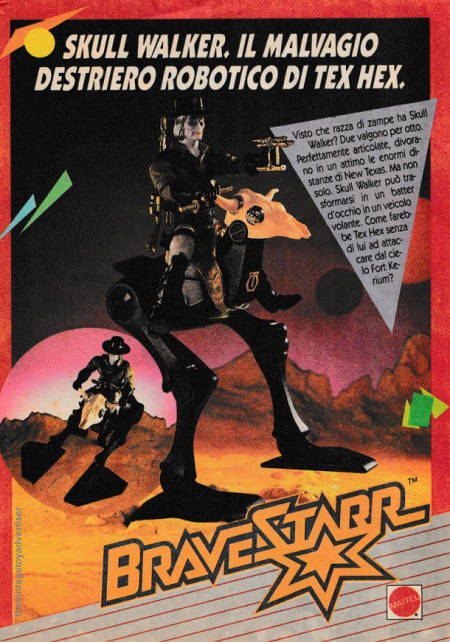 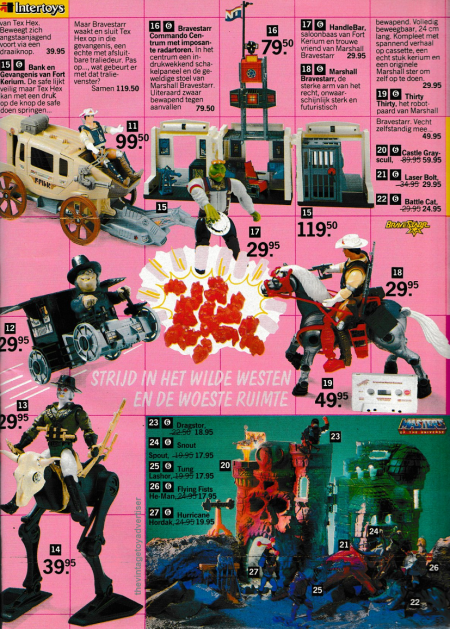