Originally marketed between 1986 and 1988 by the company Those Characters From Cleveland, Popples are brightly coloured bear-like plushies with the ability to be inverted and rolled up into a ball. A cartoon series was produced to compliment the toys as well as merchandise like puzzles, games, a comic run, ride-alongs, school sets, watches and clocks, and even a paddling pool set.

Popples plushies include the original line, Rock Star and Baby Popples, Pufflings (a kind of Popples pet), Popples Clip-ons, Sports Popples, Pom-Pom Popples, and even Rucksack Popples to wear on your back. In later years the toy line would undergo three revivals, its most recent being one to compliment the Popples Netflix series.

TVTA is delighted to present a small selection of Popples merchandise scanned from 1980s Dutch and French catalogues. Enjoy 🙂 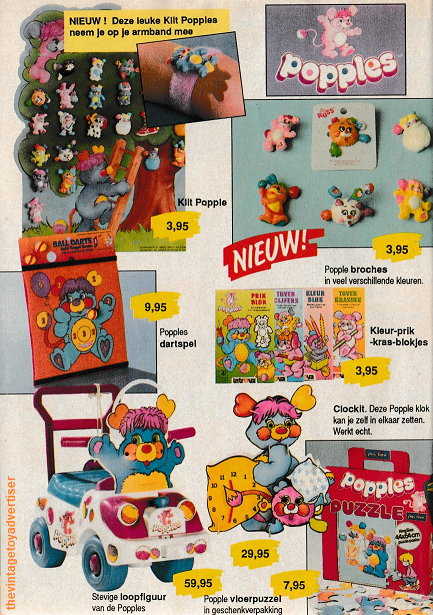 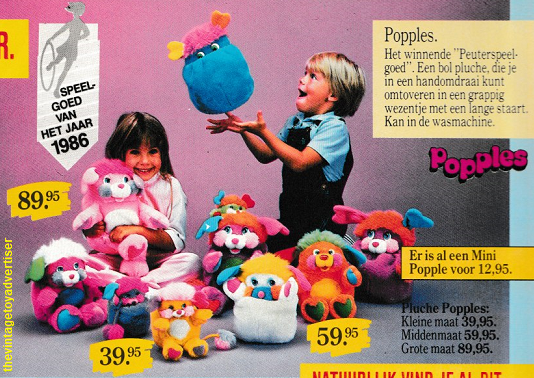 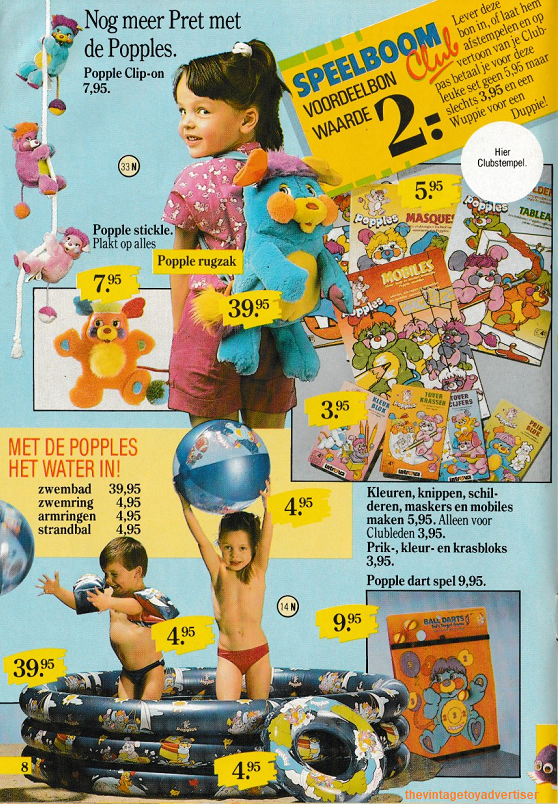 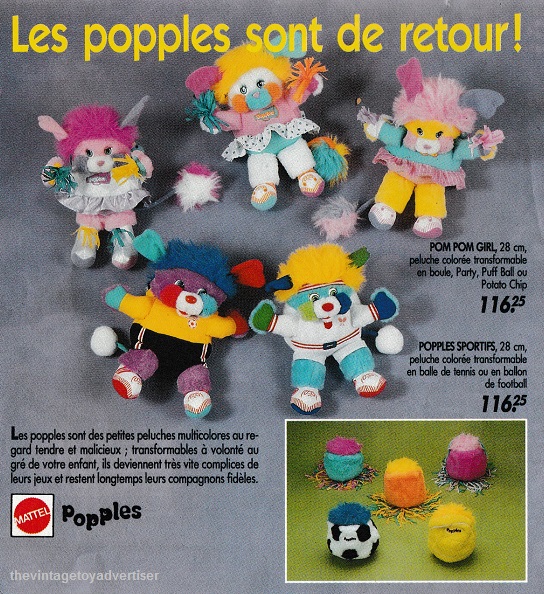 Thank you for getting all inside-out and brightly fluffy with us 🙂 This post will be updated as soon as we find more Popples!