In the 1980s, it was not just movie stars and TV personalities sporting audacious big hair – it was rock and heavy metal musicians too! From Poison to Cinderella to Bon Jovi to Mötley Crüe to The Cure to even Metallica at one point in their career.

This post takes a light-hearted look at some of the boys who weren’t afraid to look like girls. In short, I have nothing but admiration for them. I, too, sported various versions of big hair during my stints with bands throughout the 80s and 90s. Being in a band helped glamorise the glam I was aiming for. It was cool to go shopping for clothes you knew you were going to wear on stage at the weekend. Did I wear makeup? Eyeliner a couple of times – depended what band I was in at the time. Black nail varnish? Hell, yeah, often! 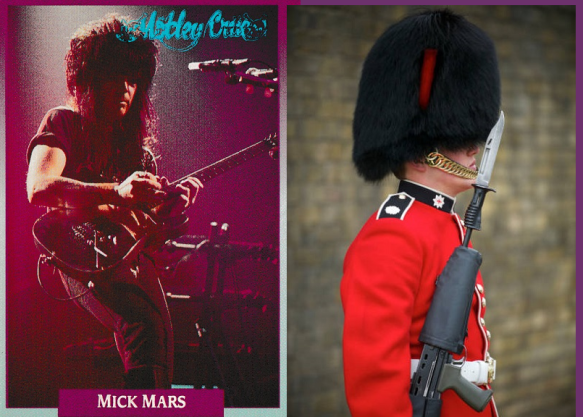 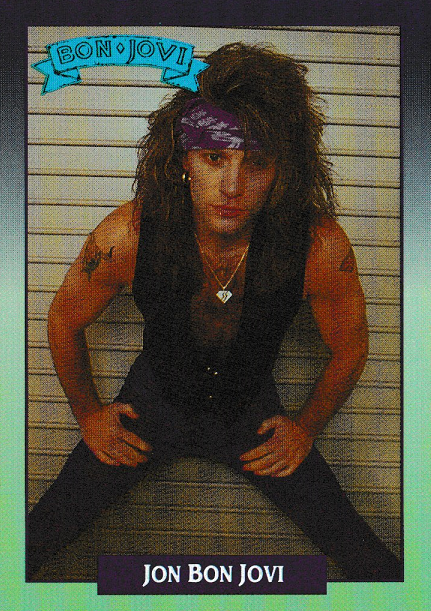 Damage to the environment caused by hair, 80s style

In the 1980s, scientists were making it known about the damage being caused to the ozone layer, attributed in part by harmful chlorofluoro­carbons (CFCs) found in aerosol cans like deodorant, hairspray, spray paint, and even Silly String.

I think the band I was in at the time got through enough cans of Silvikrin and Harmony hairspray we likely contributed to at least half of that hole.

It wasn’t always big hair for me though…

Here we can chart the approximate ‘style’ and ‘bigness’ of my hair throughout the 80s and 90s by comparing it to musicians from Rock Cards!

1981. Spotty, skinny, pale schoolboy loving his Iron Maiden and Black Sabbath. My hair was an unruly mess and I simply didn’t care!

Mid 80s. Perm. Don’t know which was worse… that, or the ‘Bono’ mullet I briefly wore when the perm fell out. Ahem… quickly moving on…

Late 80s – early 90s. Ah, that’s better! It was at this point in my hair journey I began to take more care in its cultivation. These were the ‘hairspray and hair straighteners’ years for me; when I’d spend more time in the bathroom than my girlfriend. As for the cool shirt Eric Brittingham of Cinderella is wearing in the pic… I owned four like that back then.

Mid 90s. This was my Goth phase… dyed black hair and vampire-approved pale face. I totally loved having this look and owned two black felt hats to go with my dark clothes and black boots.

In the late 90s I sported braids. These were cool to decorate with different hair colours and beads and lucky charms (not the breakfast cereal! But then, why not?). 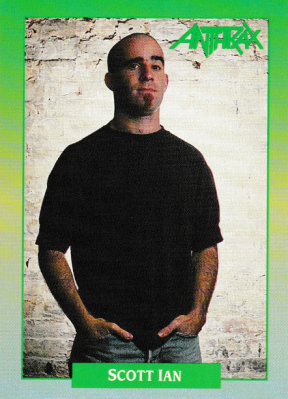 Early 2000s. Fed up with all that time I was wasting in the bathroom when all I wanted to do was get wasted, I chopped off my locks and went for the shaved head look. A bit cold about the ears at first, but no more hair hassles in the bathroom each day! 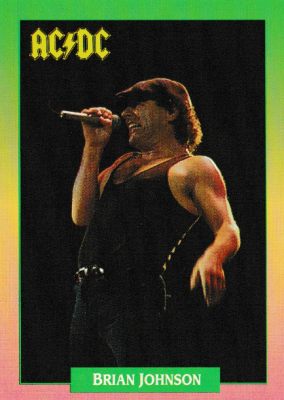 Then, fed up having no hair, I decided to grow it back, but it looked stupid, so I wore a hat to hide my shame.

After I removed my hat to annnounce to the world my new hair, I figured I still looked kind of stupid.

So I shaved it all off again!

And it was back to the hat while my hair grew back. Hey… what is a 12 year old pic of the editor of TVTA doing finding its way onto a Rock Card?!? Another of life’s little time-travel mysteries 🙂

As for now… I still have hair, luckily, even though there are a fair few patches of grey. Most times it’s cut short at the sides with a spikey mop on top – a bit punky. Bathroom hair days now are only ever short compared to the best part of an hour in older days. Some gel. Wax. Easy. And if it’s a bad hair day… there’s always a hat 🙂 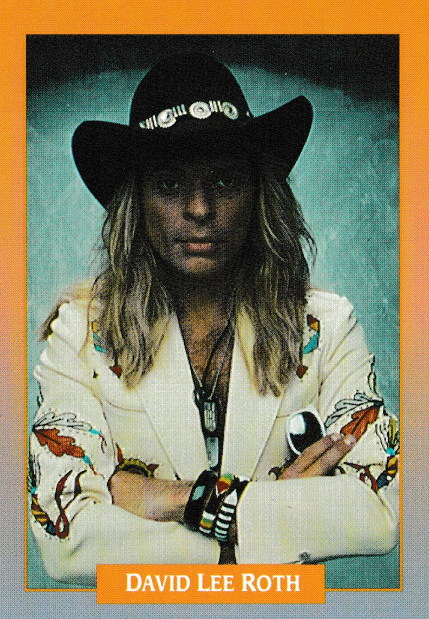 That’s all for now, mates! Join us again soon for more Rock Cards fun, and thank you for doing your hair with us 🙂

In 1991, the Brokum Trading Card company marketed a collectable set of heavy metal and rock band trading cards and unleashed it to the headbanging public. Cards came in random packs of 13 and featured many famous bands of the 1980s along with some class acts from the 70s. The front of each card showed a full colour photograph of the band or band member, while the back showed an additional photo along with information and stats.

Big thanks to my Canadian mate and fellow WP blogger, Resa, over at Graffiti Lux Art & More who sent me these awesome trading cards. Resa, you rock! \m/