I’m linking up with Denise at Girlie On The Edge Blog, where she hosts Six Sentence Stories and everyone is invited to write a story or poem constructed of six sentences based on a cue word given.

This week’s cue word is Zip

Editor’s note: This is chapter 5 of a 6 part story started by fellow SSS writer Reena Saxena and continued by myself. Today’s chapter may be read independently as a standalone story, or if you would prefer to read the entire story so far then chapters 1 to 4 are reprinted at the end of this post.

ASHES TO ASHES (by Ford Waight)

ZIPPPPPPPPPP was the zipping sound the zippers of the body bags made as Inspector Robert stared at the corpses of the three escaped political figures: Mr Sapphire, Mr Opal, and Miss Amethyst, unzipped to the chill of a dark night in a dark forest in dark times.

“It’s them alright,” Inspector Robert said to the forensics officer, “no mistake, and now they’re dead, and we might never learn who instigated their escape from that damn asylum, let alone who killed them.”

Especially as you allowed Dr. Diana to escape your custody while being questioned, thought the forensics officer, and especially as your judgement is under scrutiny since you foolishly admitted you believed you were inexplicably dressed as an elf, when it was plain to see on the cameras you were wearing your usual suit and tie, and was, most likely, under the influence of prescription drugs or alcohol.

Had he been a mind reader, Inspector Robert may well have told the forensics officer in no uncertain terms that he was no addict, but had instead been subjected to a cruel hypnotism by that witch Dr. Diana; instead, Robert simply gave the order: “Have the coroner report back to me as soon as the causes of death have been established.”

And downstairs, sashaying through the hallways of the asylum and up the spiral staircase to Armstrong’s office, came the new doctor and PR specialist recently hired, and these two were also chameleons, and unto many they were established professionals with backgrounds and CVs to be jealous of, but in reality – unto the select few indeed – they were Mr Opal and Miss Amethyst, and as they waltzed along the corridor to Mr Sapphire’s door, the two were a-whistling a-jovially à gogo the tune: Zip-a-dee-doo-dah zip-a-dee-ay, My oh my what a wonderful day. 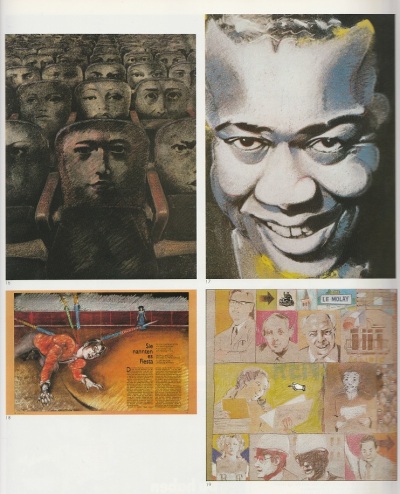 Thank you for unzipping with us 🙂

Read on for the previous chapters…

She came every Thursday, dressed in a shade of blue matching her eyes and her straight, long, auburn tresses burnt the consciousness of all participants there.

“Good to know that, and I’ll bid you goodbye after you have undergone the mandatory tests.”

“I will not go alone, you need to accompany me.”

The guy was attacked by others, as they wouldn’t let him take away the only oasis in their insane lives. The mayhem that followed needed disciplinary measures, and three people were found missing after the event – like me, are you wondering who was the third one?

IN A TRANCE (by Reena Saxena)

Dinner with Diana on Fridays was a ritual, inmates of the asylum had always followed …. some had to be wheeled in by attendants, in a semi-conscious state after medication, but they were all present.

‘You know what, the shots aren’t as bad as you think, and I like the way they put me in a trance”, shared one of the inmates.

“Are you the one who let three inmates out last Friday, or you can’t recall being manipulated?”

“I don’t think we have met before, but I cannot leave Diana ….” a blue light appeared to beam from his dark eyes, as if he was in a trance and his hands moved towards my neck.

“I’m Inspector Robert … here to investigate how three political prisoners sent here for treatment escaped in the melee last Friday. I believe you created a hullabaloo about not leaving Diana, but you know what … she is being taken by the police.”

“Dr. Diana, did you seek permission from the clients before hypnotising them, as per professional ethics?”

“They are not sane enough to decide for themselves, but benefit from the treatment given.”

“I understand you wrote “Fairies on the menu tonight” in the invite for Dinner with Diana, and dressed as a fairy yourself.”

“It was on the request of one of the inmates I had become close to.”

“It was done to cause a stampede, and  it was on your request that he opened the gates to let out three selected inmates – Why, and for what price?

“For an amount sufficient to build my personal fairyland, and practice mass hypnosis- the enslaved inmates would have been instrumental in executing a political strategy.”

STATION TO STATION (by Ford Waight)

The police station reception reminded her of the nurse’s station at the asylum: the harsh ceiling lights, the waiting area dotted with mismatched coloured plastic chairs, telephones ringing from a counter where instead of a nurse stood a desk sergeant seven hours into his shift, and tacked to the yellowy walls between memos and protocols a cartoon poster of a woman tearing out her hair and declaring – You Don’t Have To Be Mad To Work Here But It helps.

In the interview room, Inspector Robert sat slumped at the table staring at his image in the two way mirror, a thin ribbon of drool descending from his lip, and for the life of him he couldn’t figure out why he was dressed as an elf when only that morning he was certain he had donned as normal his suit and tie.

As she left the police station, Dr. Diana waved a hand at the desk sergeant and bid him a good evening, to which he replied: “And a good evening yourself, Inspector Robert, see you tomorrow.”

At the asylum, change was already in progress: a new governor would be starting on Monday, along with a new doctor, and a PR specialist to calm the waves of the media storm which had brewing since the escape.

At the nurse’s station the phone was ringing, and the duty nurse answered and said: “Hello, Governor Armstrong, we weren’t expecting you till Monday, of course I’ll have your office prepared immediately.”