Gulp! Hic! Dammit, I really enjoyed that thirst-quenching can of ice cold Coke I cracked open at work during my break the other day.

But watch out for getting too hyper on that fizzy stuff, and dangerous animals too!

42% of wild animal attacks are caused by carbonated drink overuse. The animal kingdom and soda should never mix! 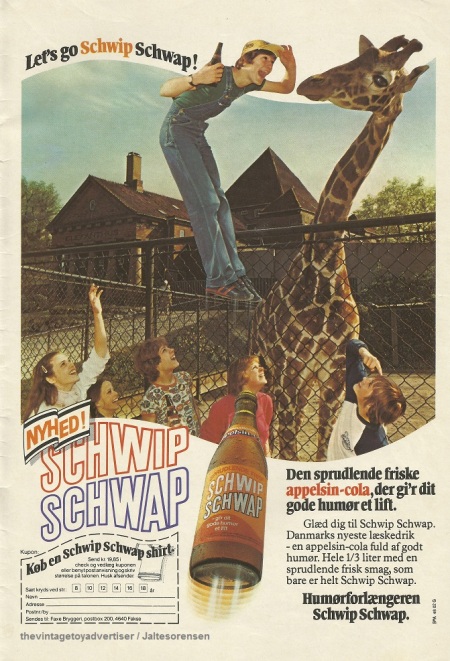 Let’s get high… high as a giraffe, with Danish orange-cola beverage Schwip Schwap… the sound you might actually hear as a 45 centimetre prehensile tongue slaps you around the face, if you’re ever foolish enough to get that close to a giraffe that is.

Staying high. A 7Up advert so psychedelic you need to consume forty litres of the stuff to imagine such a scene. Roughly translated, this Danish ad encourages us to: “Take a fresh one. It helps.”

And still staying high… Sukita orange soda is a Brazilian soft drink made by the Brahma company – known for brewing beer. The hyper-looking kids in the balloon can be roughly translated as singing: “We take the most beautiful road!” and “We are all going together with Sukita!”. Good, solid drinking songs for a balloon ride for any day of the week, and nice practice for when old enough to drink the stronger stuff. 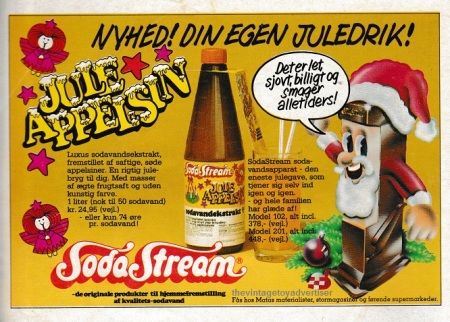 Founded in 1903 in England, SodaStream is a world-famous maker of home carbonation kits. The Danish advert above is for an orange drink marketed for Christmas time. Wild-eyed Santa seems to be saying something roughly translated as: “It is light, fun, cheap, and tasty all the time!”

My memories of SodaStream are a bit hazy, but the below screen shot taken from a popular British TV advert still causes a smile – some TVTA readers may recognise the lady and her catchphrase: “That’s Fizzy!” 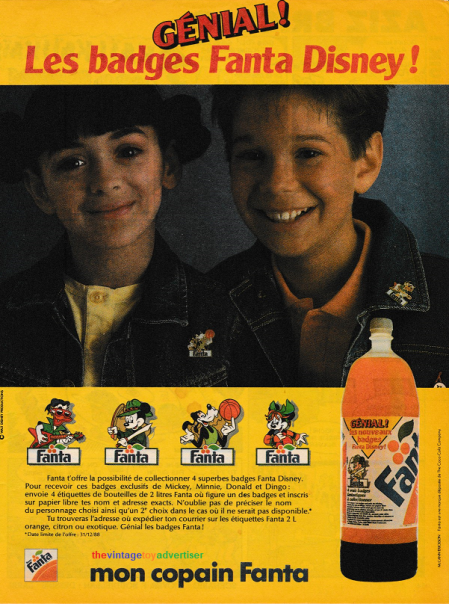 “My friend Fanta.” Nothing too hyper with this ad. No dangerous animals, just cute Disney Fanta badges. It’s easy. You drink 2 litres. Put badge on your lapel. Smile. 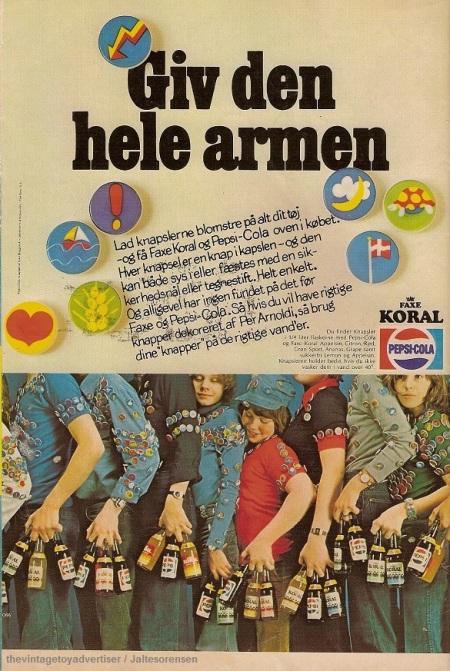 More badges! Hundreds of them! Kids crushed like sardines in badge-wearing lines while clutching bottles of Pepsi-Cola! Nothing to be alarmed about, the ad roughly translates as: “Give it the whole arm.” (Shudder. Exactly what my third wife implored me to do during our desperate escape from a vicious shark attack when lost in the Pacific on a somewhat doomed second honeymoon fishing trip. There is a very good reason I now turn up at fancy dress parties as Captain Hook). 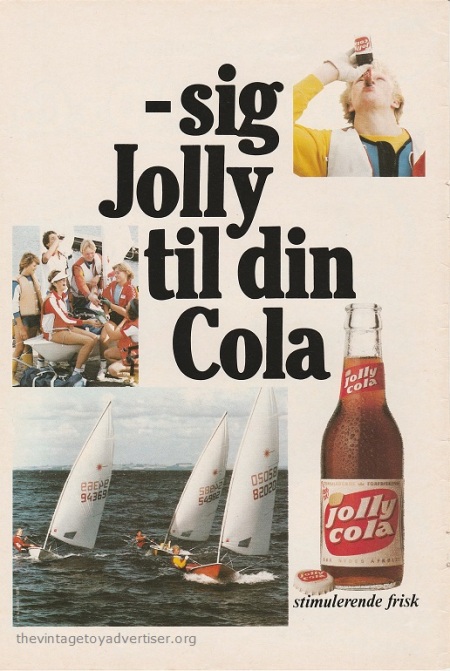 Rough translation: “Say Jolly to your Cola.” Get tanked up on this happy brew then take to the waves! Look at them go with that extra wind assistance! (Be mindful of shark attacks… see entry N°4 above). 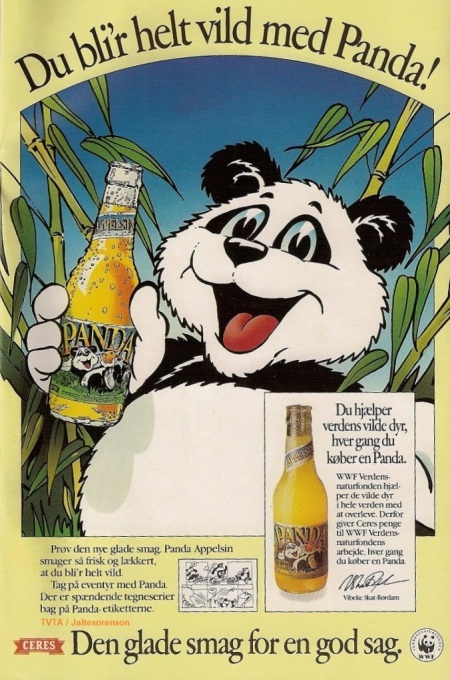 Despite the friendly appearance of this Panda-drinking panda bear, do not be fooled – it will rip your face off in an instant if you get close enough. Panda bears hyped up on carbonated drinks are not to be petted! 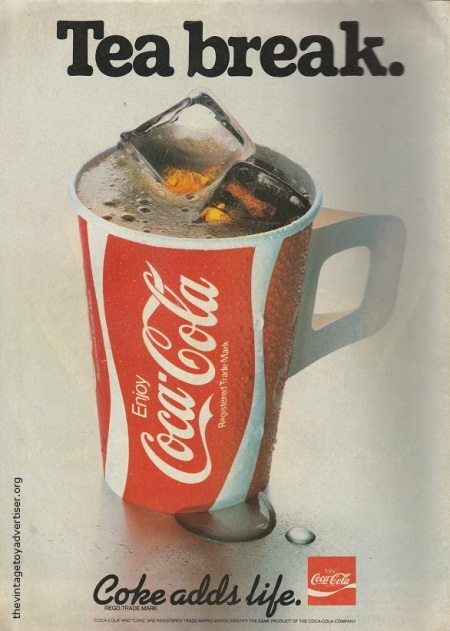 What? Enjoy tea, enjoy Coke, take a break and add life?! Confused?? Try Cola! Why? Because it’s the real thing!

That’s all for now, vintage folks! Thanks for quenching that thirsty thirst as safely as you can with us 🙂