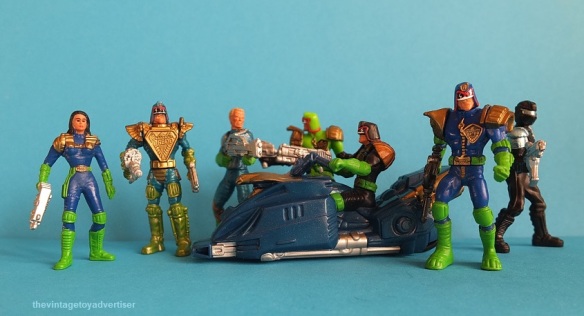 We are the law!

Welcome to part 16 of TVTA’s series Never Mind The Adverts… Here Are The Toys!

In 1995, Mattel released a series of multi-pack action figures based on Judge Dredd characters from the British comic 2000 AD. The semi-articulated figures, which stand at around 2 to 3 inches (7 – 12 cm approx), come with an impressive amount of colour and detail, and were launched to coincide with the summer blockbuster film Judge Dredd, starring Sylvester Stallone and Diane Lane. 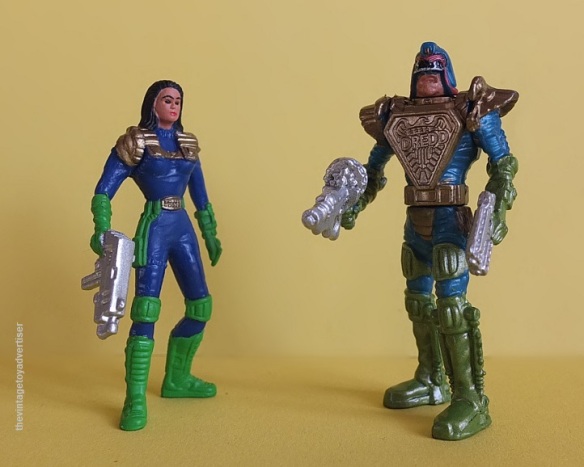 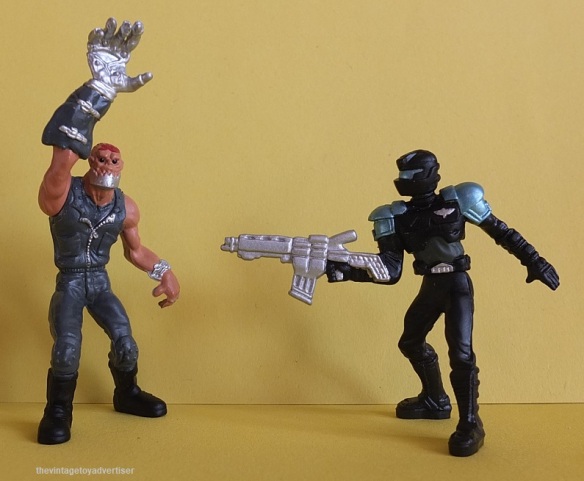 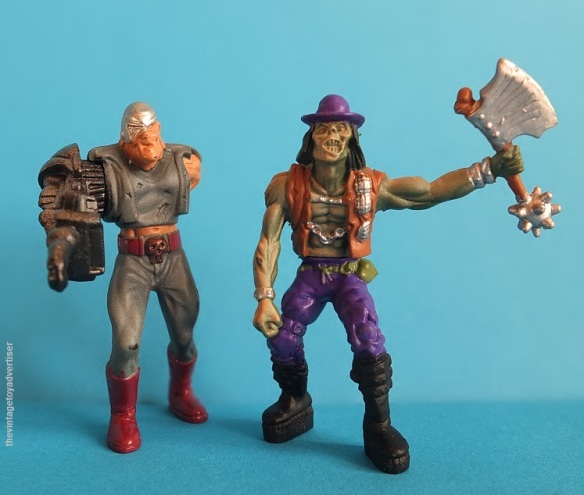 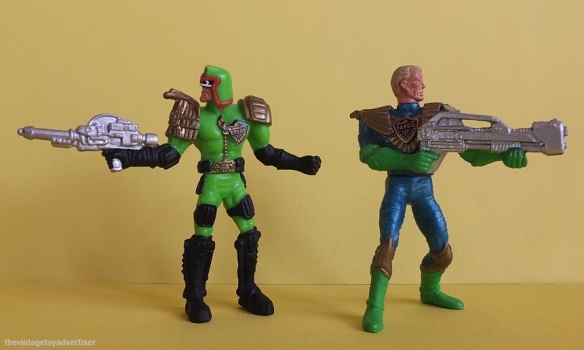 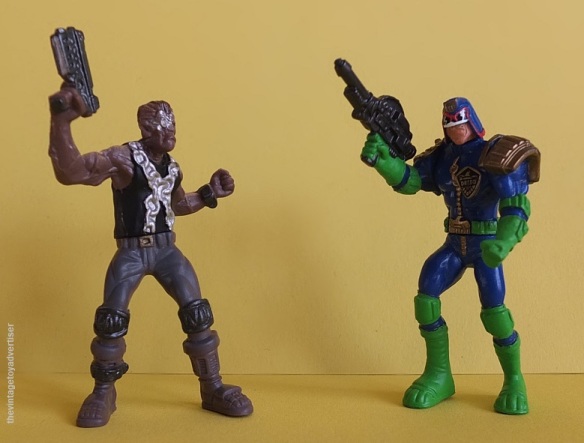 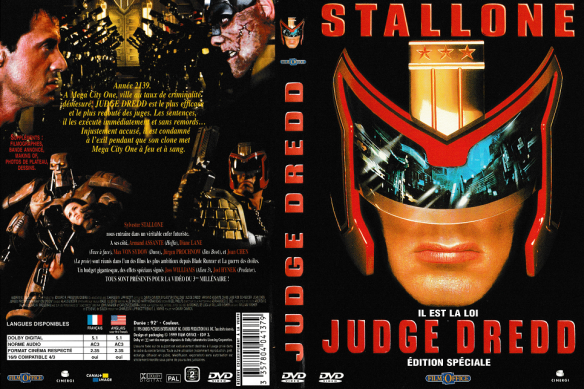 Thank you for going quietly to your Iso-Cube with us 🙂