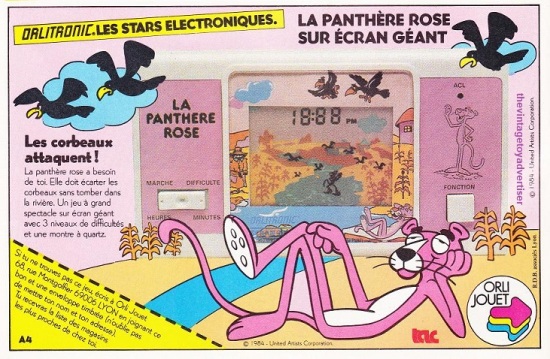 TVTA is pleased to present a selection of retrogaming ads from 1982 to 1985 … featuring The Pink Panther, Mickey Mouse and The Smurfs hand held games from Orlitronic … Atari … Coleco Vision … Parker Brothers … CBS Electronics … and the not-much-known-about French electronics company ITMC. 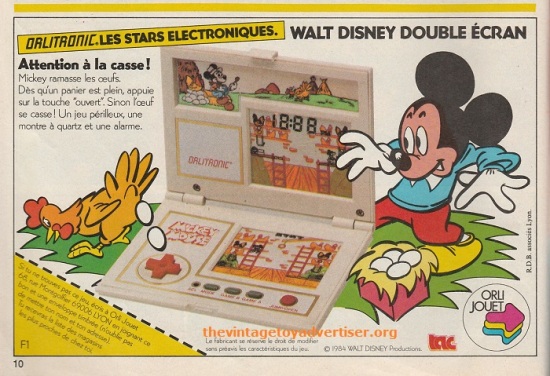 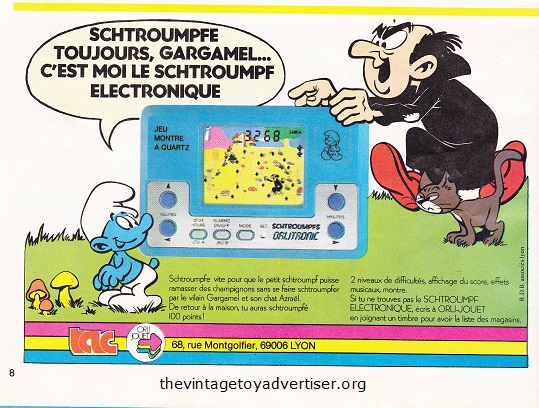 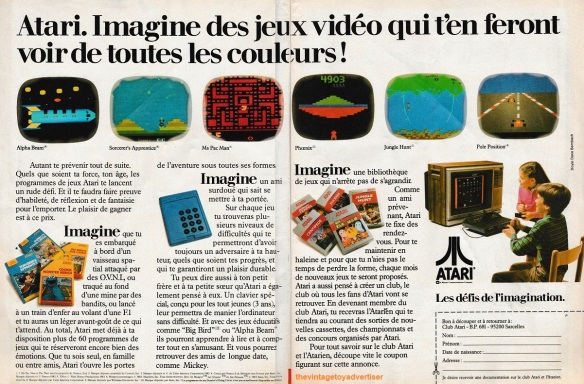 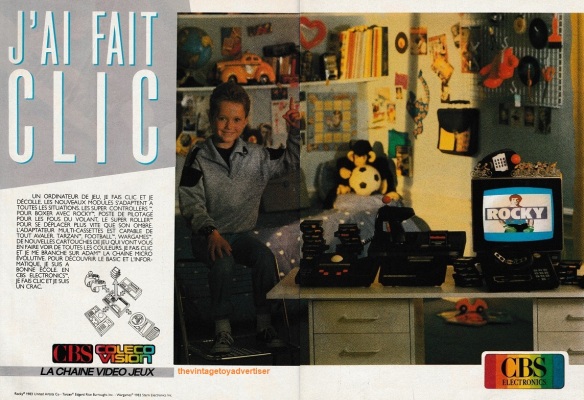 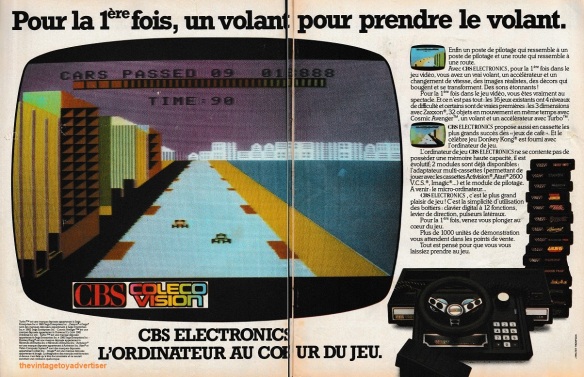 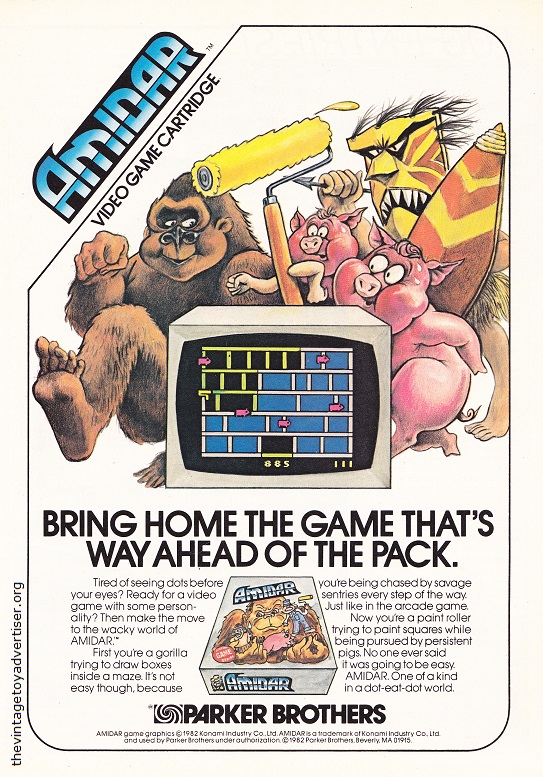 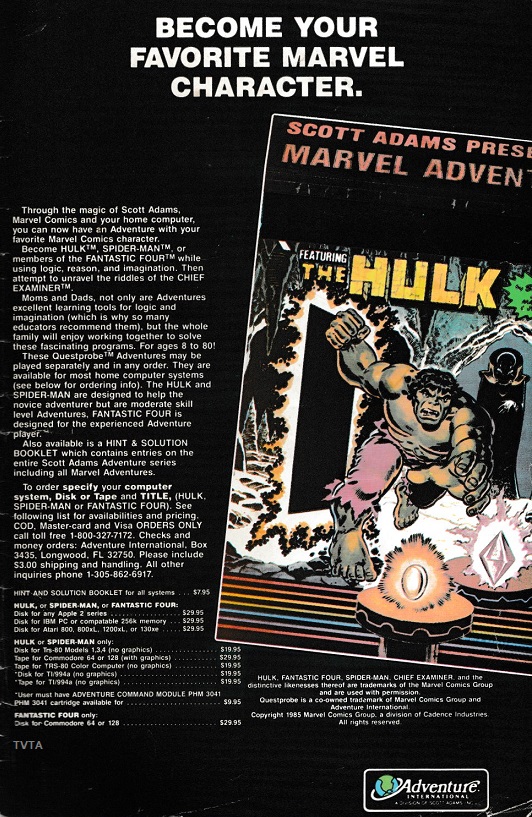 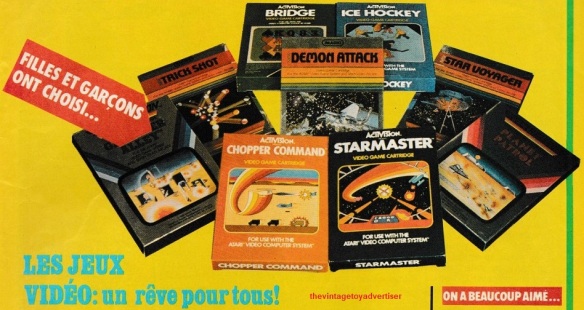 This 1983 ad for Solar Fox does its worst to perpetuate the sexist trope of the dumb blonde. CBS Electronics… what space cadets! 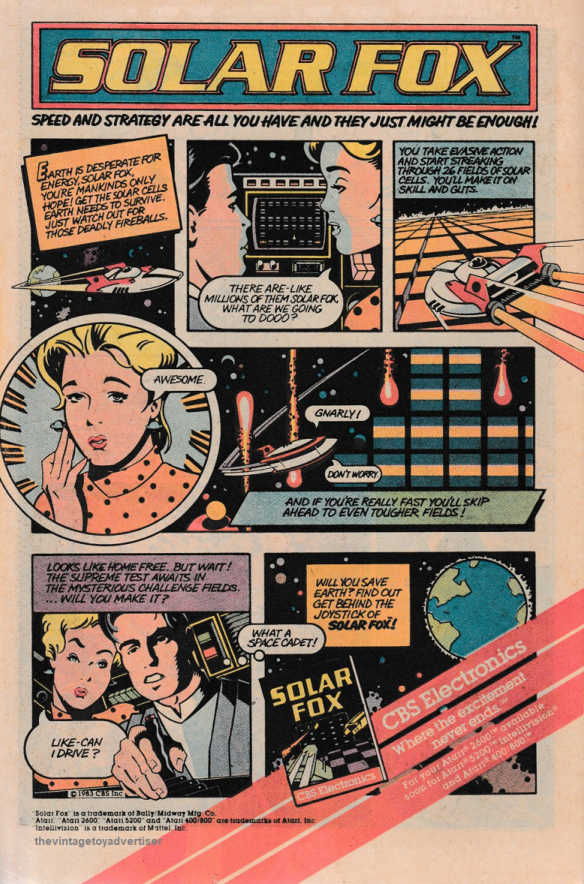 In. The. Mystery. Corner.

We end with these colourful and fun adverts for hand held pocket games from hard-to-track-down French company ITMC. When researching ITMC I found very little information other than these 1983 hand helds were made in Japan and sold in France along with other ITCM-branded gaming consoles. There is also a connection to the French toy chain JouéClub, either in promoting or co-producing certain models. 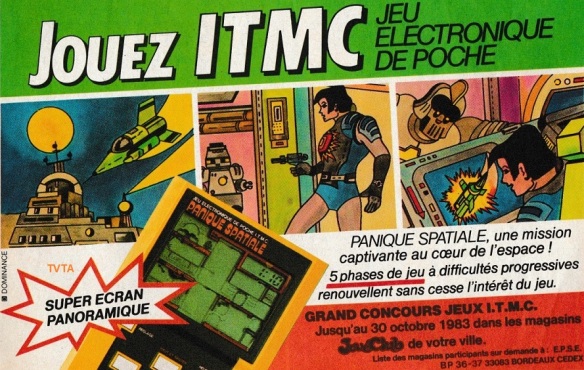 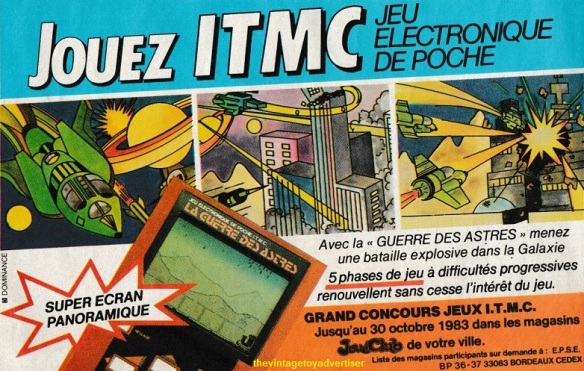 That’s all for now. Thanks for looking 😎

Leave a Reply to The Vintage Toy Advertiser Cancel reply