If you wish to become a successful blogger in this age of uncertainty,

You will also need…

#2 – attention-grabbing pic fairly early on, as some people simply won’t be bothered to read your words, no matter how good a wordsmith you are. I already added a cool pic at the start of the post, but here’s another one to keep things fresh… 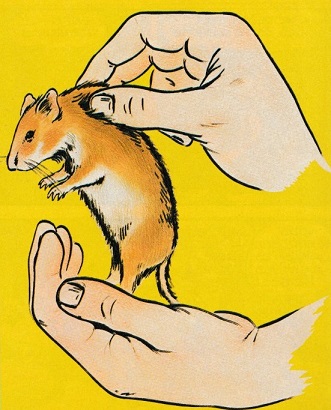 How to handle your hamster correctly.

#3 – you will also need a sense of self-deprecation. As editor of TVTA I daily suck at many things. I try to do well but often fail miserably, or spectacularly. Here I am one time in Paris, trying to look cool but in reality taking up valuable image hosting space which could be used for something far more useful. Thank goodness I don’t have a Facebook or Instagram to share this photo on!

I eat croissants. Portrait of the artist in pre-tentious moment of vintage grandeur. Mon Dieu, I love France, and it’s curious and beautiful people, and old-school postcards, and display rack anti-theft devices.

To be a successful blogger in an age of uncertainty you will also need:

#4 – a loyal and intrepid office cat. Like TVTA’s very own Wooof! 75% of stuff that gets done around here can be attributed to the cat. The other 25% is me, but only because the cat has mind-control powers which I am unable to resist – no matter how often I wear my protective blue and red lens vintage 3D glasses, or the orange and purple-striped teflon-lined woolen jersey Mrs Coldkettle the tea lady knitted me last winter.

#5 – a fear of clowns. This will help you to focus, stay sharp, and keep you on your blogging toes at all times!

#6 – space ships. Statistics show that 71% of successful bloggers in an age of uncertainty have access to functional spaceships.

#7 – Giant motorised fruit and vegetables. A must-have for bloggers in an age of uncertainty!

#8 – you will also need a Karma Credit Roll…

A Karma Credit Roll, or as TVTA likes to sometimes call it The Boomerang In Your Arms Effect is quite simply the force of love. In the words of the great German thinker/Scorpions vocalist, Klaus Mein: “The more love you give, the more you’ll find.” In blogging terms this can be related to an appreciation of the works of your fellow bloggers to gain an appreciation of your own work, while at the same time creating an enriching environment for all.

#9 – you’re also gonna need a stack of vintage adverts, magazines and comics! (if that’s your thing). Luckily Wooof and I have a few thousand of these scattered around the place… 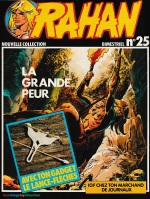 Now, sit back, soak up all those likes, comments, reblogs, and endorsements from major corporations and Hollywood stars. You’ve earned it baby!

Suggested power song to blog to today: “The Best” by Tina Turner.

This post was brought to you by office cat disguise kits and top ten lists of top ten things to top ten list about when you generally avoid top ten things. No hamsters, fruit or vegetables were handled incorrectly in this production. All images courtesy of French comic/magazine Pif Gadget