With what is possibly the most strangest statement I’ve ever seen on a print advert, I present you, dear frantic ones, with a 1982 Marvel Comics ad for Hungarian Rings – just one of the many puzzles that followed the worldwide popularity trail of Rubik’s Cube. Indeed, Hungarian professor Ernõ Rubik made his own version too; his has 34 balls, the traditional ‘Hungarian’ has 38. 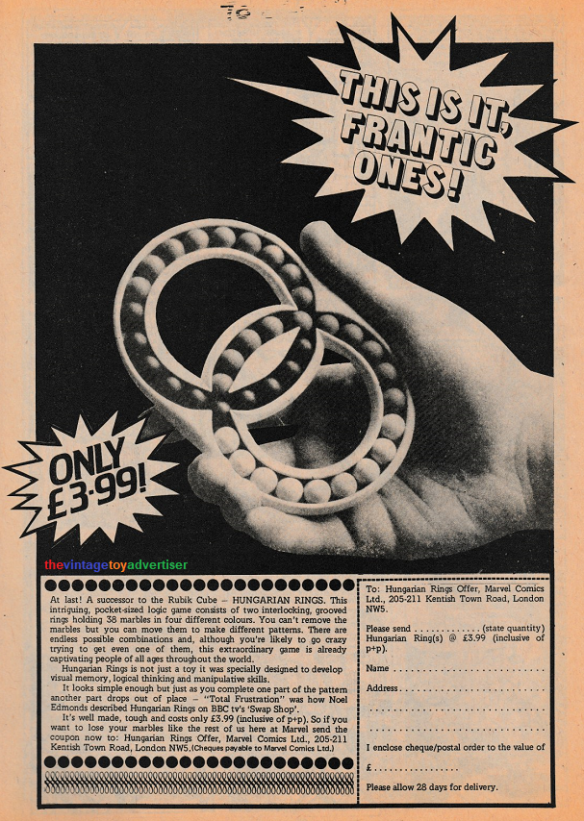 Let’s do quotes. It might be interesting to quote from Jaap’s Puzzle Page who did so quote:  It might be interesting to quote from the afterword of the Rubik’s Cubic Compendium [p212] here. It has a picture of the Hungarian rings and the following text by David Singmaster:
Closer to Rubik’s Magic Cube are ‘interlocking cycle’ puzzles where several rings of pieces cross each other. Endre Pap, a Hungarian engineer, invented a flat version with two rings which was marketed as the Hungarian Rings. The idea was not entirely new, as there is an 1893 patent for it.

In other frantic news, O frantic ones … 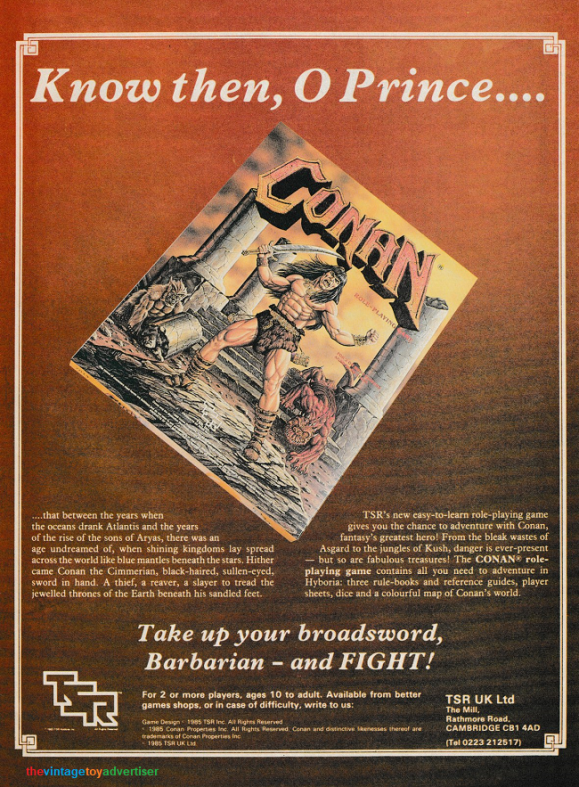 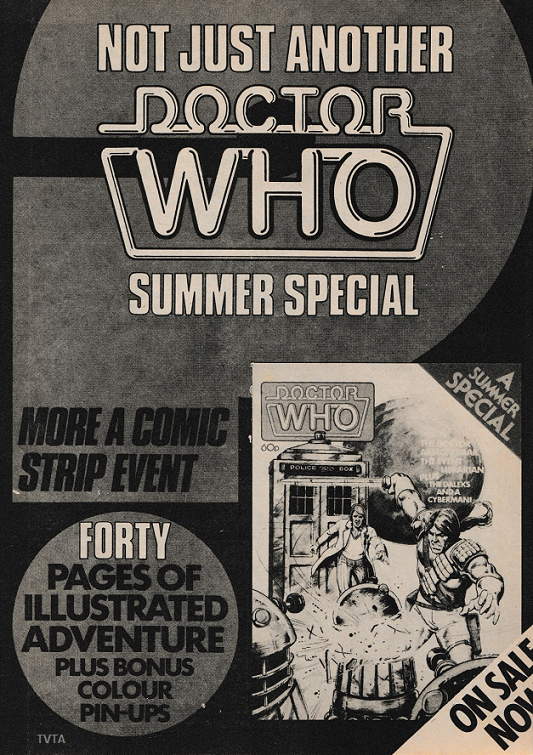 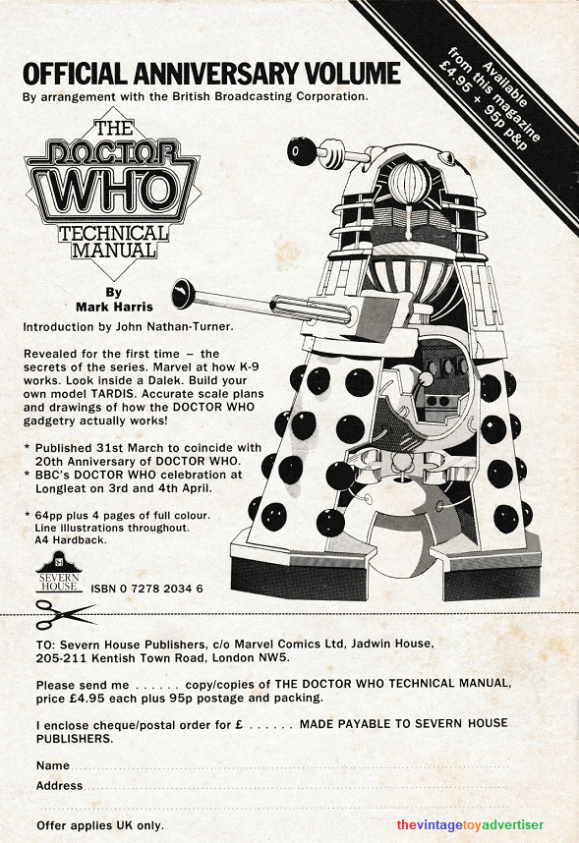 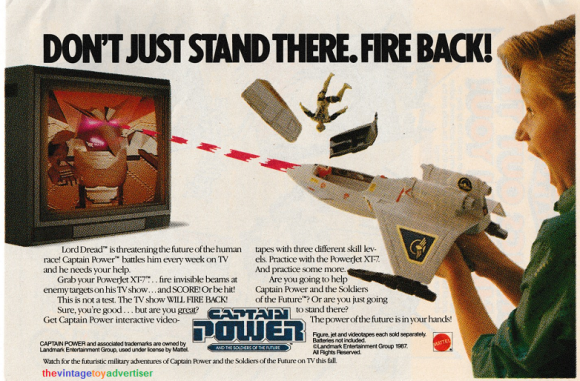 It’s not too late to join the MOTU fan club is it?

Hey dude, this is no cartoon!

And finally, O fabulous frantic ones, Wonder Woman and Batman are free at last, all in the name of super breakfast cereal favourite Weetabix! 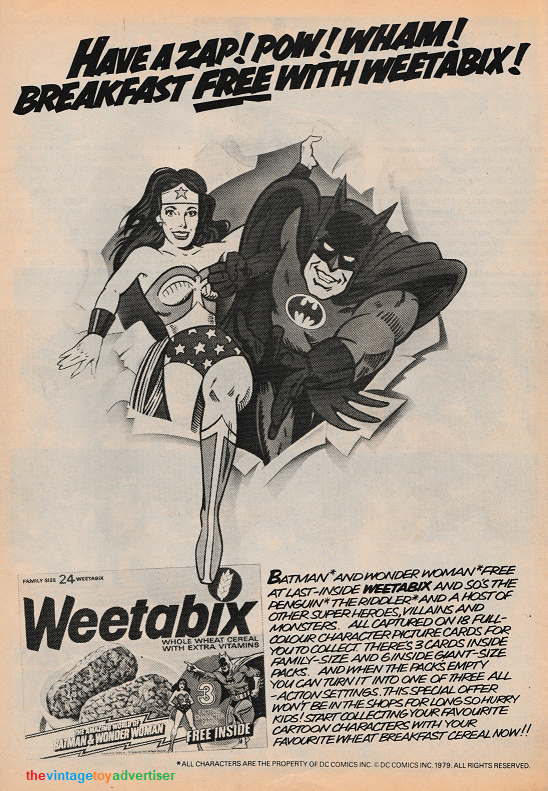 That’s all for now folks. Thanks for getting frantic with us 🙂

6 thoughts on “This is it, frantic ones!”