Trash Bag Bunch was a line of toy figures released by Galoob in 1992. The ingenious gimmick with these toys was that they came in special ‘garbage bags’ and you couldn’t see which figure you were purchasing until you got home and immersed the bags in water. The bags would then fizz and dissolve to reveal your figure.

There were 36 figures to collect – 18 Disposers (the good guys) = the filth-fighters standing for all that is clean, and 18 Trashors (the bad guys) = evil dump dwellers fighting dirty and mean. Figures included monsters, robots and alien creatures.

A Grip ‘n Dip Bagger playset was also released in 1992. Essentially a hand-operated crane enabling you to re-bag your trash figures.

The pictures below are from the 1992 Galoob trade catalogue. Click to enhance. 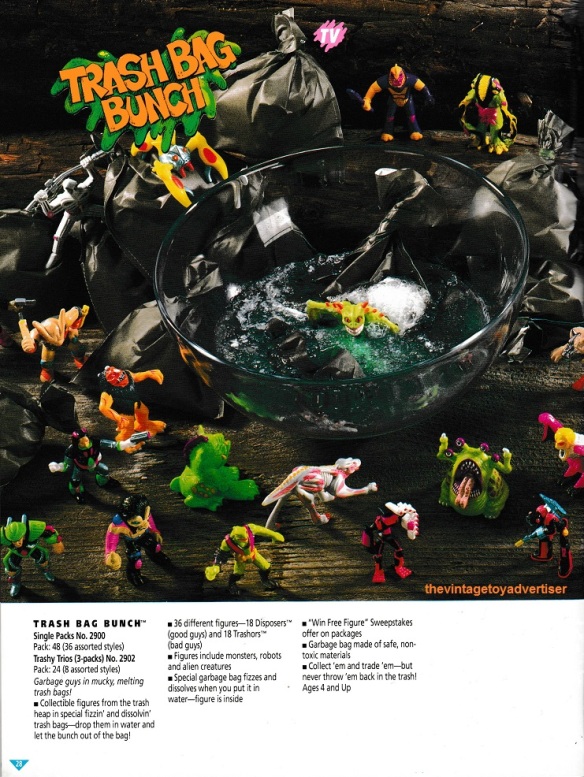 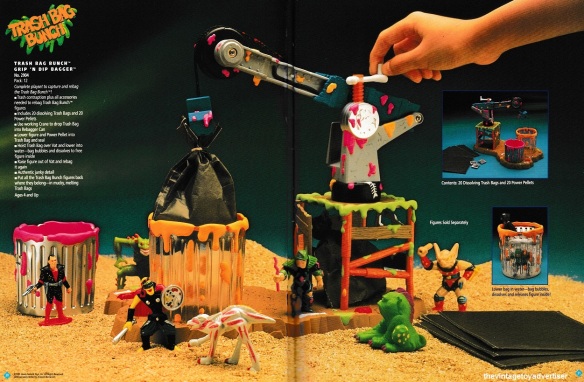