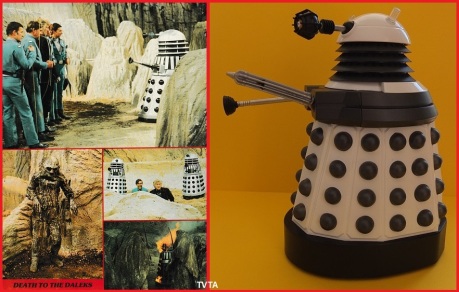 Vrooop! Vreep! Christmas is coming! And one of the many things the season always brings us is the Doctor Who Christmas special. Trailers for it can be seen here and here. TVTA gets into the festive mood with a selection of vintage Doctor Who ads, and a long overdue toy entry for the Dalek Supreme, from the 2010 Paradigm set released by Character Options. 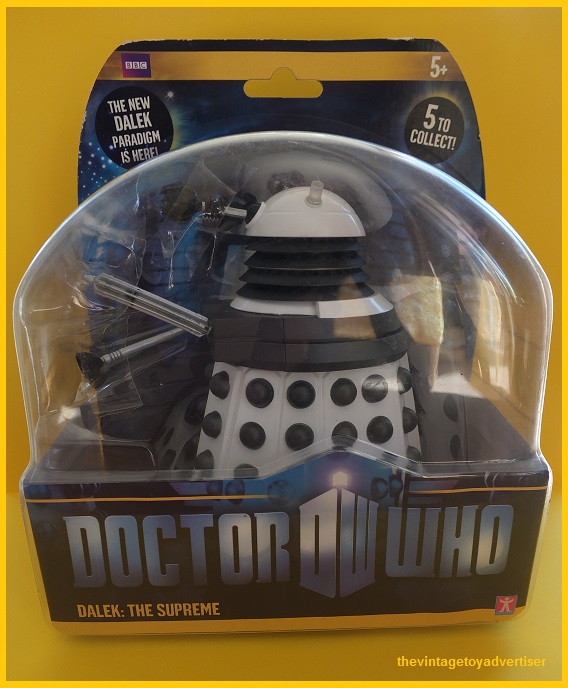 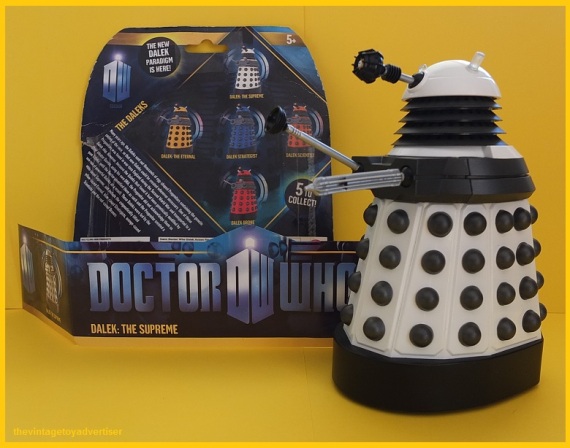 Finally Daleks Strategist, Scientist, The Eternal, and Drone are no longer leaderless! 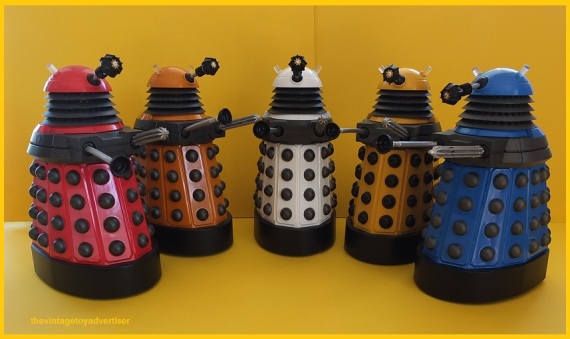 The Paradigm featured in the 2010 5th series episode Victory of the Daleks. Writer Mark Gatiss wanted the Daleks to be bigger than those previously seen, with bright colours inspired by the Peter Cushing Doctor Who movies of the 1960s. UK toy license holder Character Options released all five individually throughout 2010. 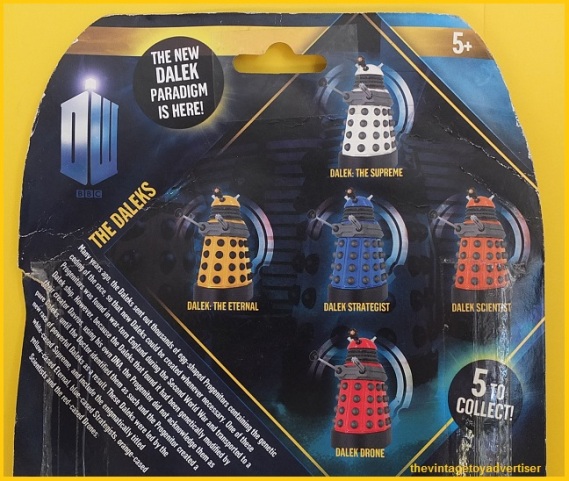 It’s worth pointing out another interesting Dalek design in the episode Victory of the Daleks, and that is the WWII ‘Ironsides’ employed by Winston Churchill. The Character Options release of this figure is one of my all time favourite Daleks. 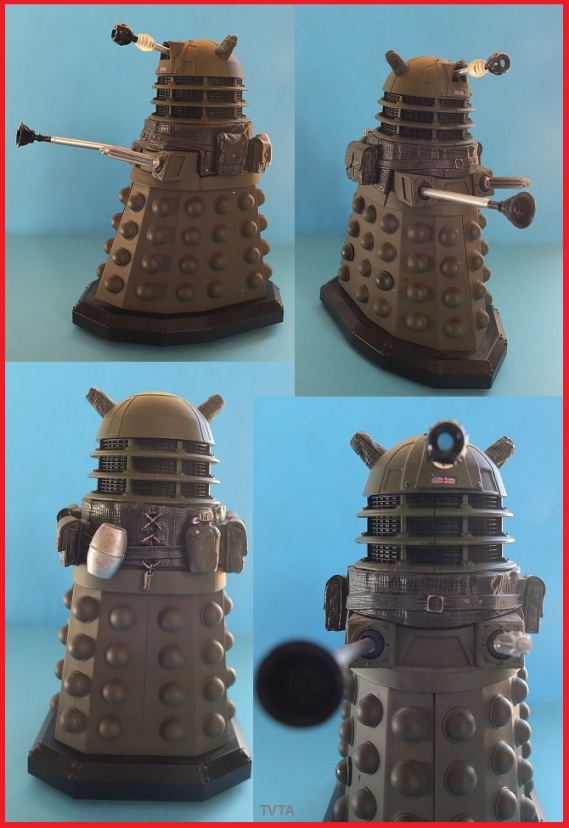 And now, in vintage Doctor Who news…

The following ads just in… 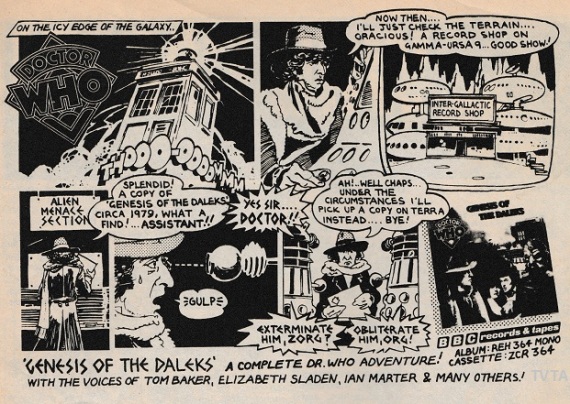 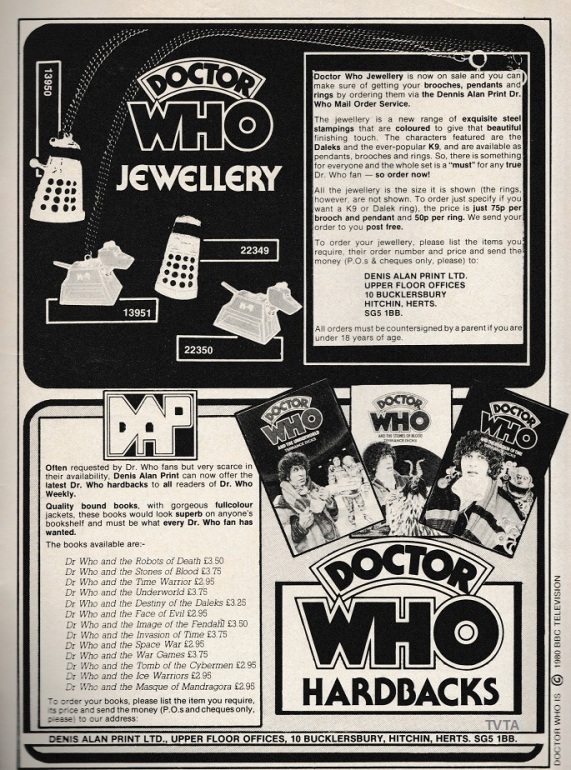 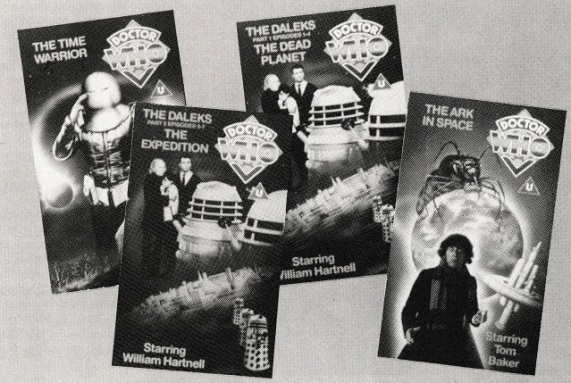 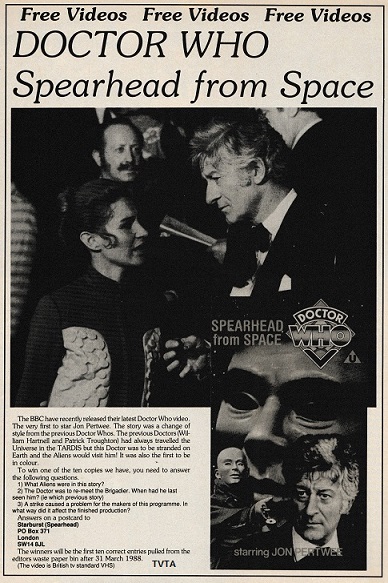 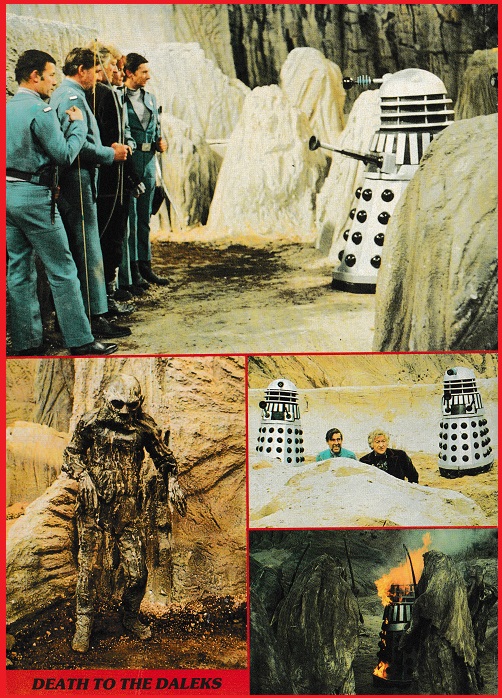 Thank you for hiding behind the sofa with us 🙂

8 thoughts on “Doctor Who latest ads and the Dalek Supreme!”