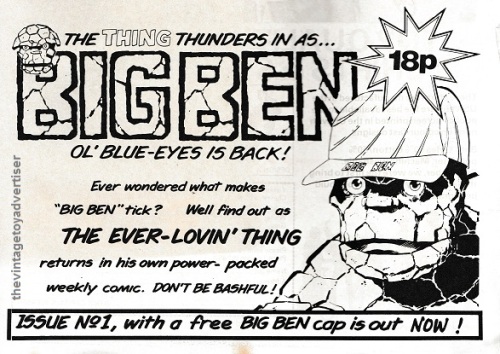 In other vintage news…

It wasn’t just Ben offering goodies in the 70s and 80s for Marvel readers. Ever seen Hulk flying a kite? Want one? An Aer-O-Bat Stunt Kite that is?

The Polaroid… instant photographic proof… instant regret! How do I delete? Don’t worry, it’s old-school, you can just tear it in half… then quarters… and so on…

Nutella, 1981. The ad roughly translates as “Hunting season for the butterflies is open!” This wasn’t an invitation to go blasting insects all over the beautiful French countryside with a shotgun – just a play on words that encouraged Nutella lovers to look out for special jar promotions of butterflies of the world images. 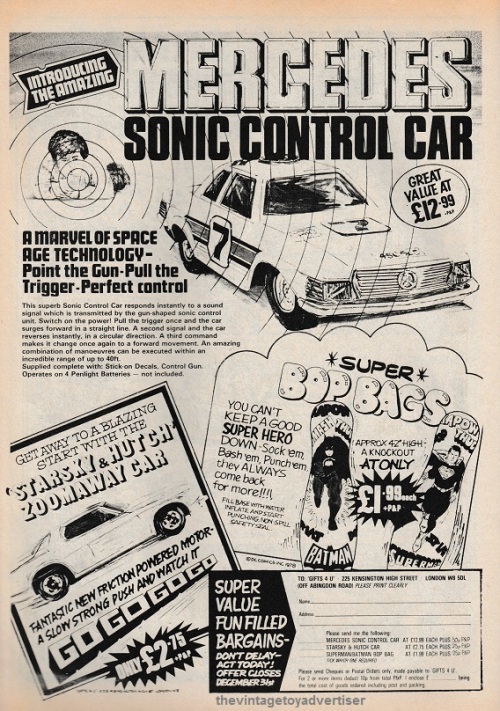 Get your Palitoy Action Man figures behind the controls of some of the best vehicles around! 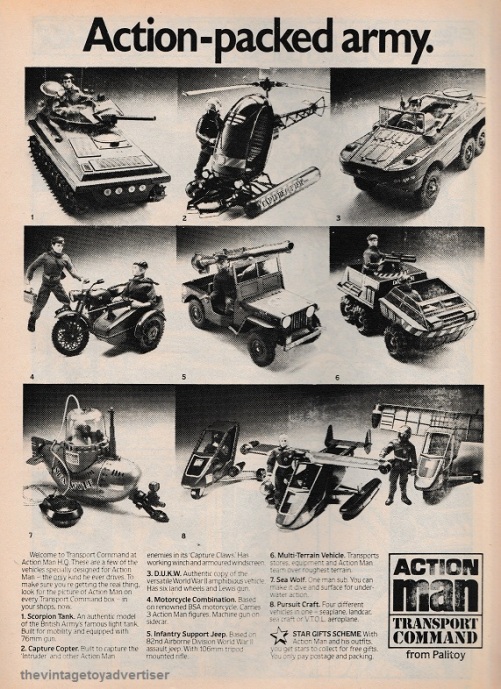 Read Doctor Who Magazine and Weekly. 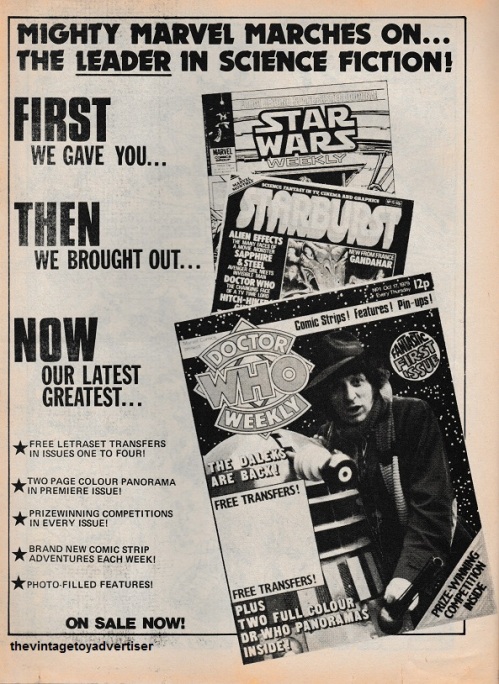 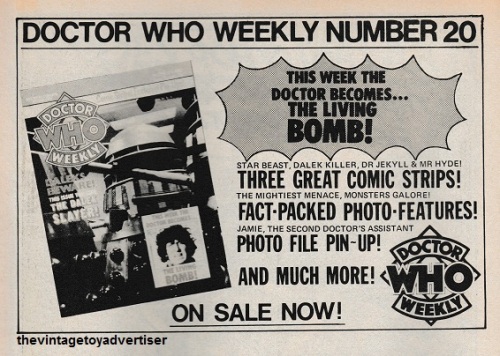 3 thoughts on “The ever-lovin’ Thing”