Next is this 1972 ad for MPC’s Road Runner and Wile E. Coyote super car kits … no need for glue, these are from the snap-together range. 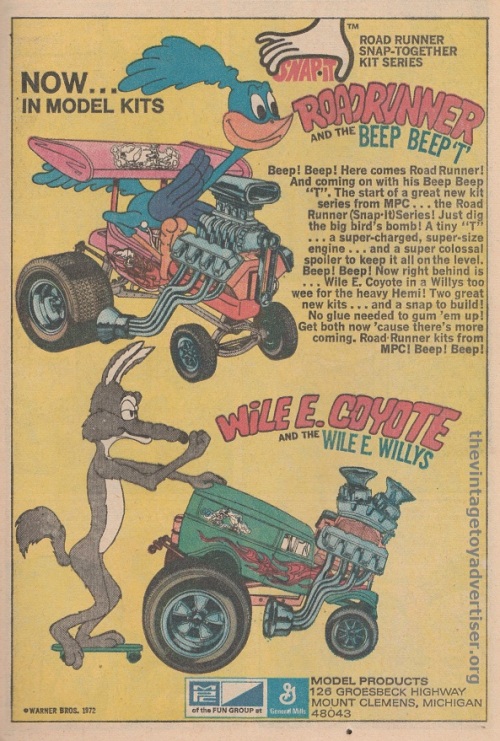 But what exactly is a Vending Machine car?

The Vending Machine car was built by Steve Tansy and Glen Yealy in 1970 using Coca-Cola vending machine parts. The side panel was actually the door from a vending machine, and there was an ice cooler at the rear to store your bottles of Coke! The project was given blessing by the Coke company who supplied the machines and even suggested some additional features.

You can read more about this cool car here