Today’s selection of ads feature a virtual boutique of 1980s sci-fi apparel and streetwear. T-shirts, hats, hoodies, shoes… they’re all here, as advertised in a world where eBay and online shopping didn’t exist and Amazon was just a rainforest and a river.

Kick the living crap out of space invaders and Martian types with these stylish mocassins from the Buggy company!

The Doctor Who Merchandise Collection

I heart Tom? I double heart Doctor Who? Look incredibly cool in these T-shirts and hooded tops! 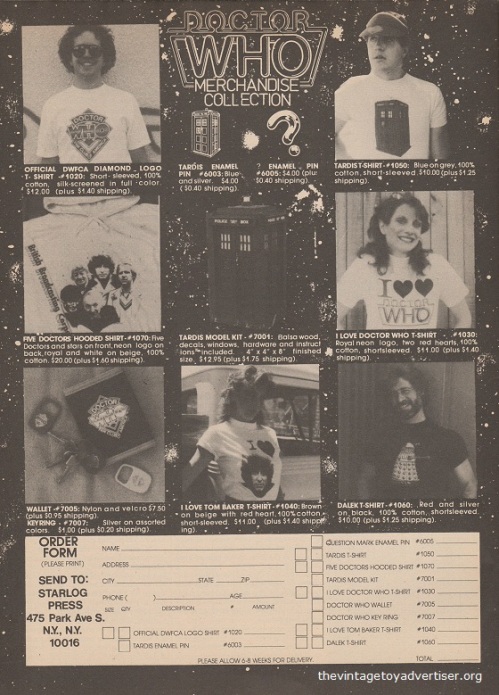 Get your thinking cap on! 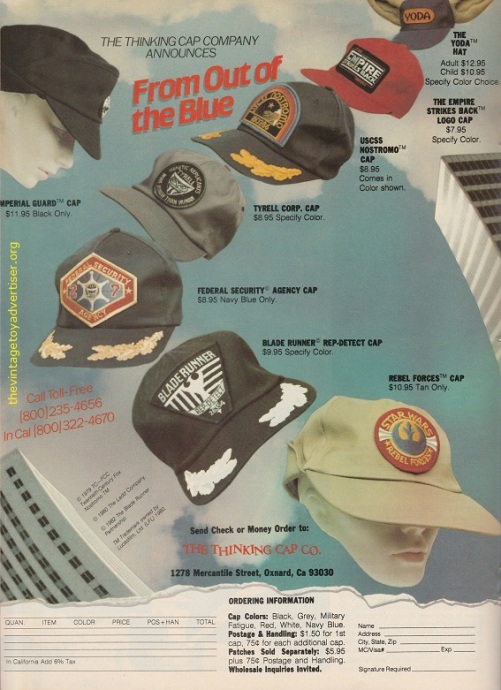 Wanna be in the gang and hang with the cool kids like Tina, Fanny, Jonathan, Philip der Professor and Herr Müller?

Then get yourself some Elefanten shoes! 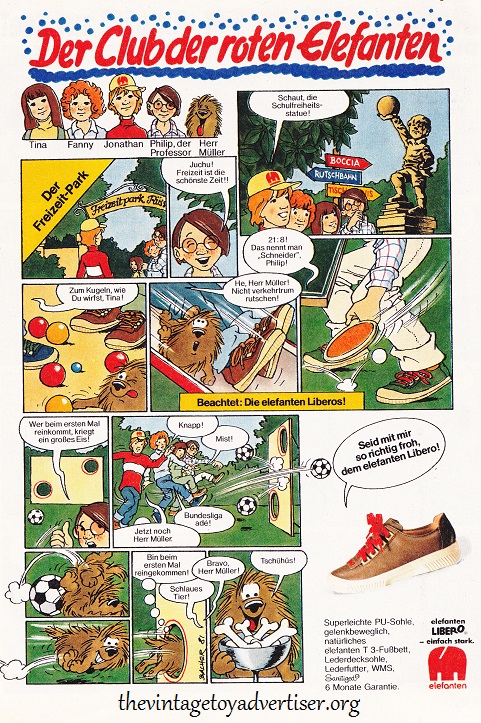 Okay, how about the Punky Funky Rocky kids and their Adidas style?

Simply design a superhero on this advert and send it off (don’t forget to be in 1984). 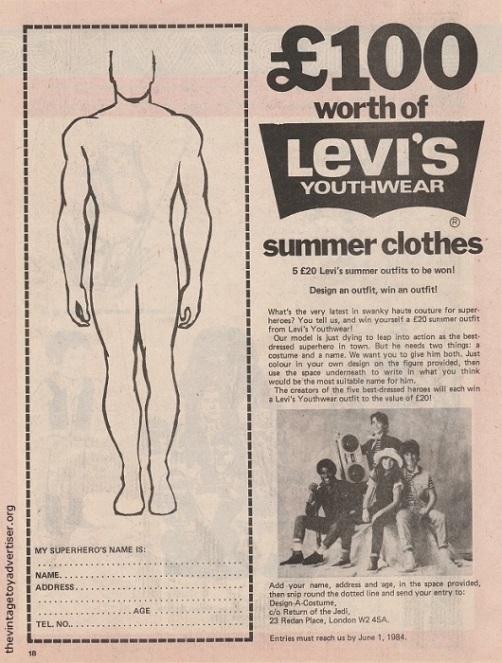 … and here is TVTA’s entry!

Yes! We’re going to be sending one of our office juniors away in TVTA’s time machine (a reconditioned Teasmaid and pinball machine), back to 1984 to post our (hopefully – fingers crossed) winning entry!!!

Fearless Firestorm. Disclaimer: no vintage ads were harmed in this production.

Oh boy! How about an official, authorized Space Shuttle Mission Jacket from 1982? They made Burt Reynolds look macho, there are probably free pieces of moon rock inside the pockets, lapels that double as extending flight wings, President of the USA presented, glows in the dark and cooks eggs !! What more can you ask from a space jacket?