Black Wampa… urban myth or reality? Only you can decide as TVTA takes you on a journey tracing the origins and adventures of this infamous toy in our special report. 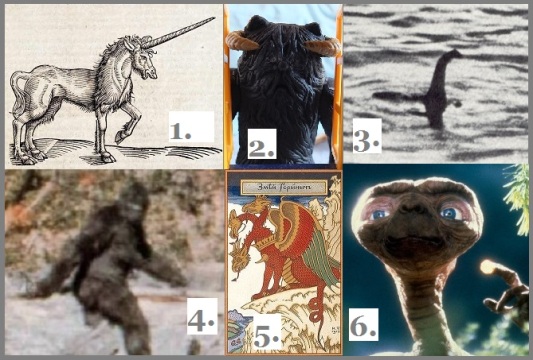 Is this a Lili Ledy black Wampa or a cruel hoax?

The black Wampa (‘Wampa Oscuro’) has been the subject of much debate over the years as to its authenticity as a genuine Star Wars toy produced by the Mexican toy company Lili Ledy.

Forum tomfoolery?
Sources cite that it all began back in early 1980 just before the film release of The Empire Strikes Back, when a failed communication directive between Lili Ledy and Lucas Film Ltd led to the birth of the black Wampa.

Doctor Dengar’s superb TIG guides gave us our first glimpse of the elusive black Wampa VS its Kenner brother.

Other sources cite the 1983 ‘Mas crédulous fan de la Guerra de las Galaxias’ competition held by Lili Ledy to win one of ten black Wampas specially produced to coincide with the film release of Return of the Jedi. 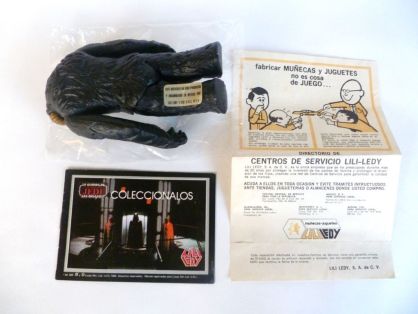 Were you one of the ten lucky winners? Mr Tree-Ent’s wonderful limelight holds some unexpected surprises!

So, facts? Or simply evil plots hatched by Star Wars internet forum geeks to fool the collecting community into believing in the existence of black Wampas?

What if TVTA was to tell you that we have been given a translated transcript of a completely unverifiable but exclusive 18 second interview recorded on a dictaphone in 1983 with a Lili Ledy mailing department employee who managed to talk briefly about the mail-away exclusive before being tragically shot dead by what we can only imagine as a sniper on a roof ?

Pretty chilling eh? But, maybe this is just another example of an elaborate hoax fuelled by elements from the dark side of vintage toy collecting. You thought scammers were bad enough, right? Repro-makers, shill bidders and back-doorers? Surely nothing in the history of Star Wars collecting will ever compare to being shafted by an imaginary toy… if indeed this turns out to be the case! For now, TVTA cannot say for certain if the black Wampa exists or not. Like you, we can only look at the evidence available in the darkest corners of vintage Star Wars collecting forums, and try to pick out the facts from fiction.

Proof at last? No, this beast is only related to the Wampa family, and is in fact a Trompa. Look it up. It’s real. But is anything ever real? 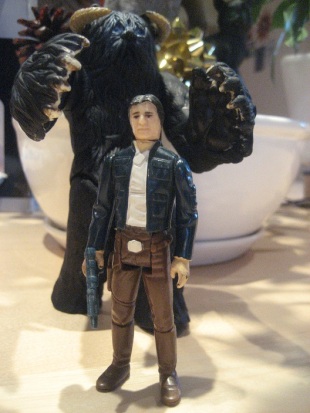 Black Wampa: “I just can’t get this damn TV set to work!” Power Droid: “Put me down, or else I’ll tune into the Holiday Special!”

A design for life

Danger. Have you seen this black Wampa design aimed at the clothing market? Do not approach. Keep Tauntauns and young Jedis safely indoors.

Waiter, there’s a black Wampa in my soup!

Here are 10 facts / fictions about black Wampa. Award yourself 4 points for a correct answer; deduct 2 points for an incorrect answer; do not collect £200 (unless you’re selling a relatively hard-to-find loose variation of a figure which under normal circumstances would cost £35 tops, but in today’s FBooky-driven BS market makes you want to puke because it has gone right through the roof; miss one turn if an old man performs a jedi mind trick on you; and finally, for 3 points – make the opponent on your left perform an impression of Chewbacca.

Black Wampa: a true Mexican toy or a monstrous myth? A Lili Ledy legend or a rock-solid reality? Only you can decide. The truth is out there, partially frozen in the wastelands of Hoth, covered in pizza sauce and Tauntaun entrails. May the force be with you. Graarrk! (Always let the Wookie have the last word).

4 thoughts on “The legend of black Wampa”