Subbuteo is the popular miniature football game invented by Peter A. Adolph in 1947 of Kent, UK. The original sets, produced and distributed by Mr Adolph himself in austerity-era Britain, were completely different to the sets most of us know today. The original ‘players’ were made from cut-out cardboard pieces inserted onto plastic bases. The goals were constructed from wire, and a piece of chalk and paper were included to ‘draw your own’ playing pitch!

By the early 1960s the sets had developed into what most of us now recognise as the classic 3-dimensional playing pieces. The introduction of accessories such as grandstands, floodlights, and international and domestic teams made Subbuteo a popular toy around the world. 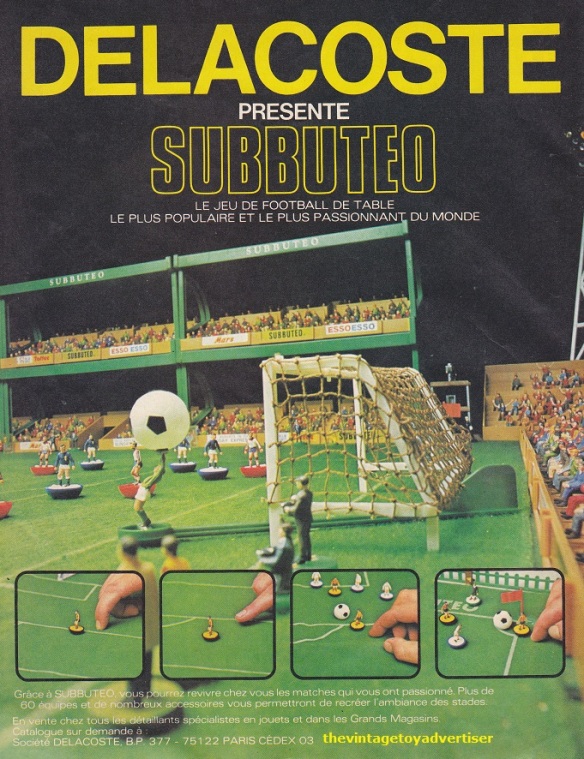 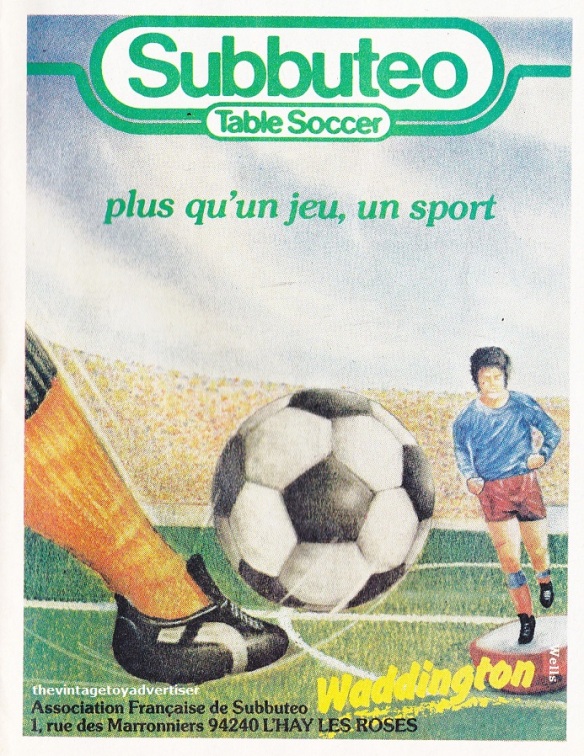 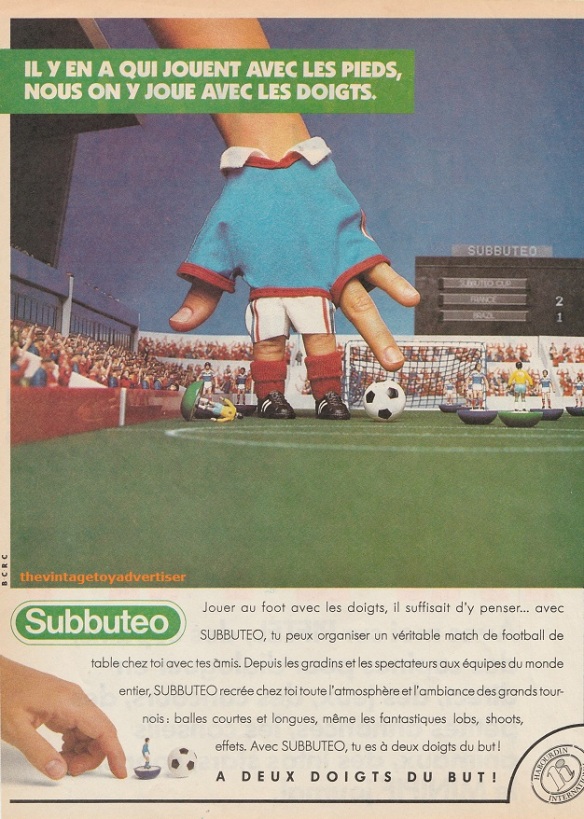