Captain Power was a sci-fi/action TV series that ran from 1987 to 1988 in the US and Canada. The toys (produced by Mattel) were noted for their use of clever audio and visual interaction with segments of the TV show. The show received criticism from a few quarters because of its ‘dark’ subject matter and promotion of violent themes’. A second series never made it past production. 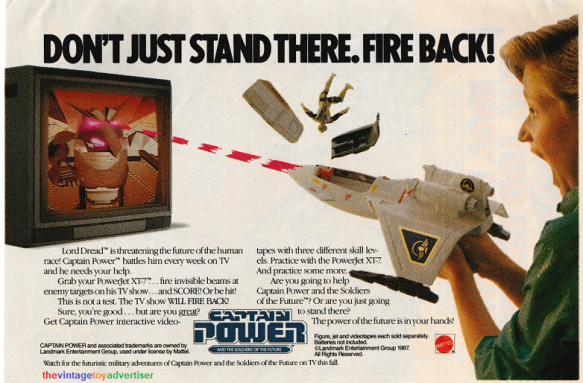